WHAT exactly is craft beer? For some beer fans and makers the problem is that it’s more or less anything you want it to be.

And now some of Scotland’s independent brewers, representing different strands of what many might see as the contemporary Scottish craft beer scene, are pushing for an official definition of what makes a craft beer ‘craft’. Other beer enthusiasts, however, appear less than keen.
An argument has broken out within the brewing industry trade body SIBA over whether or not they should define “Craft Beer” 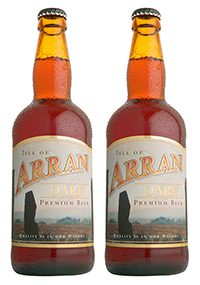 Gerald Michaluk, managing director of the Isle of Arran Brewery wants the independent brewers organisation to define craft beer. He says the counterpart American organisation has already done so.
But the Arran beer boss says others in SIBA (the organisation began life as the Small Independent Brewers’ Association, eventually changed its name to the Society of Independent Brewers, but retained the original initials) don’t want to define the term. Some, he says, don’t consider themselves to be craft beer makers preferring to think of themselves as local brewers or real ale producers.
But Michaluk says craft beer is one of the few parts of the beer market that’s growing and as a result is attracting the attention of an increasing number of big brewers.
“Craft is all about provenance, and the movement that has generated the craft beer revolution thinks it is buying a traditional, small independent producers’ work.
“I don’t think they’d be happy at being duped by a cynically marketed, mass-produced product dressed up to look artisan”.
Brewdog, the fast-growing Scottish brewery and pub business developed by James Watt and Martin Dickie, is emphatically in favour of an official definition.
In a blog on the company website the partners said they believed it was necessary to define craft beer to protect the “fledgling craft beer movement in the UK and in Europe”.
They argue that there are many other definitions for products that feature detailed rules for the manufacture of the ‘real thing’ including whisky, bourbon and Champagne.
The blog article said: “If we do not look to put an industry-recognised definition on craft beer then the large, monolithic brewers will simply exploit all that we have worked so hard to build.”
And the Brewdog partners suggest, in detail, some of the rules that could be used to define a craft brewer.
The firm’s suggested definition of craft beer is a beer brewed by a craft brewer at a craft brewery.
That in turn would mean it was necessary to define such a brewer and brewery.
The Brewdog proposals suggests such a brewery would brew all its beers at original gravity, would use no adjuncts to reduce costs, would brew all its beer at craft breweries, and would, if it owned pubs or other outlets, ensure that at least 90% of the beer it sold was craft beer. 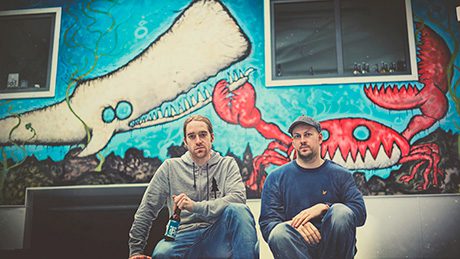 • JUST ahead of Christmas Brewdog announced the early closure of its Equity for Punks crowdfunding scheme, under which it had invited beer fans to invest in shares to fund its expansion plans. The firm said strong demand had led to the brewery reaching its target of £4.25m a month before the deadline. On offer were 42,000 shares in the company at £95 each and investors also receive a lifetime discount in its bars and its online shop.
The company now employs 200 staff, and was said to be on track to turn over £19m in 2013.
The company’s beers are stocked across the UK in stores and supermarkets and the firm exports to 38 international markets.