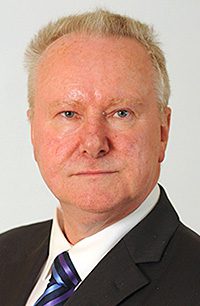 AUTHORITIES in Scotland and the rest of the UK are defeating rogue tobacco traders and massively reducing illicit trade, according to Scottish Government health secretary Alex Neil.

But his argument, made in response to a question from a retailer as part of a public involvement initiative in the Scottish Parliament, was called into question days later when an official report said most instances of smuggling weren’t followed up and many smugglers went unpunished.
Neil’s comments came in the first Ask the Health Secretary session at the Scottish Parliament’s Health and Sport Committee. As well as the normal activity where backbench MSPs ask questions of ministers, the committee had invited the public to put questions.
And the first question, a two-part enquiry on plans for tobacco plain packaging and about work being carried out against illicit tobacco trading, was asked by Edinburgh symbol retailer and SGF member Dennis Williams.
On illicit trading the cabinet secretary said Scottish and UK authorities were working on the issue and monitoring progress. The market share for illicit products had fallen from 21% to 9% for cigarettes and from 68% to 38% for rolling tobacco between 2001 and 2010.
“We are winning the war against the illicit tobacco trade,” he claimed.
But a report by the UK borders and immigration chief inspector John Vine said thousands of smugglers are escaping punishment because of poor communication between the Border Force and HM Revenue and Customs.
Seizures of alcohol and tobacco had risen since 2010, but where commercial quantities of cigarettes were discovered, fewer than half were followed up, the report said.
One case where no action had been taken involved a container with 9m cigarettes.
And the Scottish Grocers Federation disputed Alex Neil’s claims on illicit trade.
“We welcome this type of open democracy and Dennis has done a great job in getting this issue directly to the health secretary,” SGF said.
“But the claim that the Scottish Government is winning the war on the illicit trade is fantasy – at least 12% of tobacco products in Scotland are illicit and responsible retailers are losing between £25,000 and £30,000 a year to this criminal activity.”