Wraps, thins and world breads have shown growth but, as long as beans on toast and sandwiches remain staple meals and snacks, stores should ensure the basics are covered, says bakery category giant. 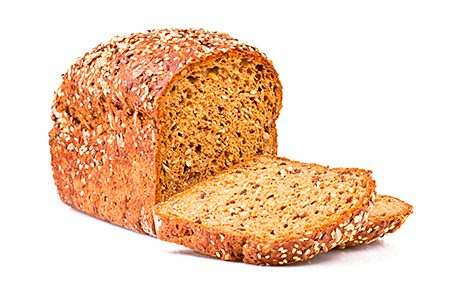 BREAD has been on the menu since Tutankhamun was a boy: the ancient Egyptians were baking with yeast back in 4000AD. And while the pharaohs might not recognise some of the varieties available today, bread is still a shopping basket staple.

According to Kantar Worldpanel, Brits spent £4.1bn on take-home bakery last year. That’s a rise of 5.7%, largely driven by price inflation. The bakery category in Scotland is now said to be worth £407m .
“Bakery is one of the most significant for shopper involvement with the average household across GB making 91 trips through the last year, says Kantar’s Mark Thomson. “This rises to 101 trips in Scotland. The average GB household will spend £157 on bakery items through the year, compared to £160 in Scotland.”
Wrapped bread is the biggest sector, accounting for £4 in every £10 spent in the category overall. Sandwich alternatives, such as Warburtons Thins, are showing growth. Kantar measures those as worth £271m, up 25% over the last year. They are now purchased by two thirds of shoppers across GB.
But it would be a mistake, says Mike Bailey, channels director at Allied Bakeries, to forget about the old favourites.

“Despite the rise in popularity of ‘beyond bread’ bakery products, sliced bread is being bought by 99.9% of the population (according to Kantar) and is still a staple of the retailers’ bakery fixture,” he said. “Sandwiches account for up to 50% of the bread consumed, while meals usually enjoyed on sliced bread – such as beans or cheese on toast – were eaten at around 300m meal occasions in 2011.”
He advises stocking a variety of sliced loaves, such as Kingsmill Soft White (which Nielsen says is the fastest selling loaf in impulse), Kingsmill Tasty Wholemeal and Kingsmill 50/50, to cater for shoppers’ varied needs.
He also suggests stocking smaller loaves, which are performing well at a total level but underperform within the impulse market, healthier varieties and breakfast alternatives.
“The growth of sliced bread is being driven by healthier varieties. Kingsmill 50/50 is the fastest selling healthier white brand ,” he said.
“Kingsmill Fruit & Fibre was introduced to the Allied Bakeries’ portfolio in 2012 and sought to drive growth in the breakfast category by bringing breakfast back to bakery through product innovation. The range, which includes sliced loaves and bagels, was developed with over 1,000 consumers. During research, 60% of the consumers Kingsmill worked with indicated they would buy Fruit & Fibre alongside another bread product.”

Warburtons is spending £5m – part of its biggest ever marketing budget – marketing its Half & Half and Sandwich Alternatives products this autumn. As part of the push Olympic triathletes, Alistair and Jonathan Brownlee, become the new faces of Half & Half.
As well as TV ads based on the theme of sibling rivalry, the campaign will direct traffic to the brand’s Facebook site.
Sandwich alternatives is the fastest growing sector of the bakery category, up 17.8% in terms of value.
Warburtons claims it has driven this with its range of new products: Sandwich Thins, Square(ish) Wraps and Sandwich Pittas.
Megan Harrison, marketing controller at Warburtons, said: “We continue to see half and half and sandwich alternatives grow as consumers increasingly demand variety from their meals and also nutritional benefits for their families.
“Our latest campaign represents our ongoing investment in these sectors to drive long-term category growth.”
She added that the strapline ‘From Our Family To Yours’, launched earlier this year, “will continue to highlight Warburtons as a family business which understands other families, offering a wide range of bakery products to meet their every need, and committed to continued innovation in order to do this.
“Warburtons found inspiration for the concept from the true-life insight of consumers writing to Jonathan Warburton to tell him about the benefits of Warburtons products to their families,” she said.
• Allied Bakeries has joined Twitter. It can be found tweeting at @AlliedTrade.