20-pack to be minimum cigarettes sale, No RYO sizes below 20g & E-cigs given regulatory reprieve 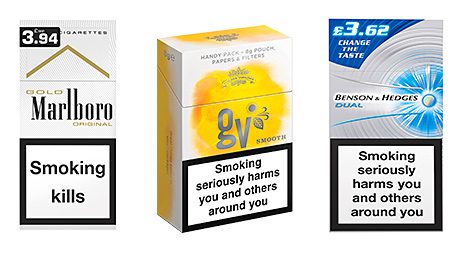 TOBACCO retailers in the UK will no longer be able to sell cigarettes in traditional 10-packs, or packs of 19 that have recently been launched to hit specific price points, after the European Parliament agreed a raft of new rules on tobacco.

The European Tobacco Directive 2 decisions will also mean that the fast-growing RYO tobacco category will see new restrictions on pack sizes.
Minimum RYO size will be 20g. In the UK 12.5g has long been established as one of the most common RYO pouch sizes.
And in recent times a number of manufacturers have launched smaller packs containing 10g or 8g of tobacco, again designed to hit particular price points and often included as part of a convenience pack that also includes papers and filters.
The European Parliament also voted to ban flavoured cigarettes although it agreed to delay a ban on menthol cigarettes, which are well-established and popular in a number of European markets, for five years.
Measures were also passed to increase the proportion of cigarette packaging taken up by health warnings to 65%, the original proposal had been for 75%.
But proposals to regulate electronic cigarettes as medicines were rejected though they will become age-restricted items. And the UK had already decided that the products should be licensed in a similar way to over-the-counter medicines.
Proposals to ban slim cigarettes were also rejected.
The new rules have still to go through a number of legislative procedures and it isn’t clear when they will be implemented though some estimates suggest 18 months to two years.
Some anti-tobacco activists complained that tobacco industry lobbyists had succeeded in watering down several proposals.
But tobacco companies and organisations were highly critical of the move.
A statement from Imperial Tobacco said: “Health warnings that occupy well over half of the packaging of our products are unjustified and disproportionate. They will not provide any additional information on the health risks of smoking but are designed solely to stigmatise smokers.
“Proposals to ban sales of cigarettes in packs of less than 20 or roll-your own tobacco in pouches of less than 20g will have a detrimental effect on retailers’ incomes. Nearly a third of the UK cigarette market is sold in packs of less than 20 cigarettes and just under half of the UK RYO tobacco market sold is in quantities of less than 20g.”
Jorge da Motta, UK managing director of JTI said: “The EU is set to ban 43% of cigarette packs and 64% of RYO pouches sold in UK shops.
“It is astonishing that the European Parliament has decided to take forward a policy for tobacco products which will effectively force consumers of these products to ‘supersize’ their tobacco purchases.”