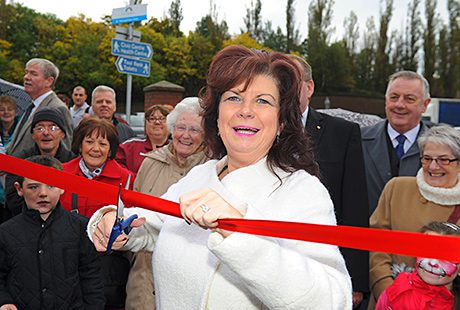 STAGE and screen star Elaine C Smith returned home to launch the new look of the shopping centre she used as a teenager.

Elaine who has just completed a UK-wide tour of the Susan Boyle musical was surrounded by shoppers as she cut the tape to re-launch the newly named Motherwell Shopping Centre, after its £450,000 refurbishment programme and installation of a free town-centre wifi system, jointly funded with the local North Lanarkshire Council.
William Gear, director of Chester Properties which co-owns the centre said: “We are delighted with the results of our latest investment programme to turn the centre into something that looks fantastic.
“We are indebted to the Scottish Government and North Lanarkshire Council for their support especially with the free wifi system, and the other improvements which are helping us buck the trend of failing high streets”.