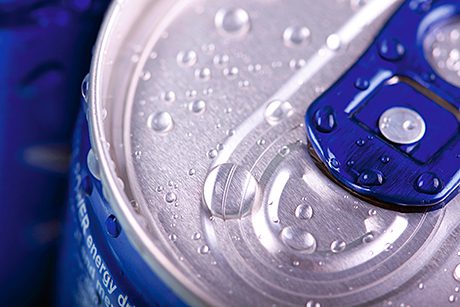 IT hasn’t been difficult to find the star player in UK soft drinks in recent times.

Some small sub-categories like iced tea have shown strong percentage growth and bottled water has staged a substantial comeback but it’s energy drinks that have steadily added sales year on year.
That’s been especially true in impulse outlets such as convenience stores and newsagents.
And the 2013 Britvic Soft Drinks Review, issued earlier this year, showed that sales of glucose and stimulant drinks had in 2012 once again shown considerable growth in sales value in impulse outlets, up an impressive 7.7%, well above inflation and well above other soft drinks sub-categories. And that was in a year where weather and continuing economic difficulties hadn’t been kind to soft drinks in general.
Britvic found that sales of the mighty colas had actually fallen a little in impulse outlets (they were down 0.3%). And most other types of soft drinks with big sales in c-stores had either seen sales fall back or at best grow at a rate that was less than inflation.
So far, so positive for the energy brands in the convenience sector.
But there were also some trends that were less encouraging, at least for small shops. In previous years energy drinks were a recognised c-store success story, very much a strong point.
But last year while value sales were up 7.7% the volume sold rose by more – by almost 11%. So the price achieved for the actual liquid had fallen.
And perhaps ominously for the convenience sector, the multiple grocers showed considerably more growth in glucose and stimulation drinks. Sales value was up 12.5% on the previous year on volumes that were up just 8.8%. So while the price per litre being achieved in impulse was dropping the price per litre being achieved by the multiples was increasing.
Curious! What might be happening?
Well, for one thing there has been significant growth in large-can versions of the leading branded stimulation drinks. Market leader Red Bull now has large-can versions and brands like Rockstar and Relentless have taken a large-can stance for some time.

For c-stores, where strong sales of individual packs have been established for years, that trend (especially when combined with moves towards PMPs where the price can be £1 a can) will depress the price per litre achieved. On the other hand many of the large cans will have been introduced to some of the supermarkets more recently so the pressure and effect on price per litre will be less marked.
And there has been a virtual explosion of own-label and value brand stimulation drinks in symbol stores and other convenience outlets.
Earlier this year we spoke to some retailers who noted such developments. At L&M Stores Premier in Aberdeen, one of the biggest successes is its Booker-supplied Euroshopper range of value goods, especially its 35p price- marked 250ml cans of its energy drink. Sales of the Euroshopper 35p PMPs increased 28% in the first nine weeks of 2013, compared to the same period in 2012.
And Elaine McIntyre, owner of Spar Tullibody, told Scottish Grocer that value was uppermost in the mind of many of the store’s energy drink purchasers, with the Spar own-label stimulation drink Blue Bear doing especially well. Landmark and Batleys have also reported very strong sales for their own-label products. 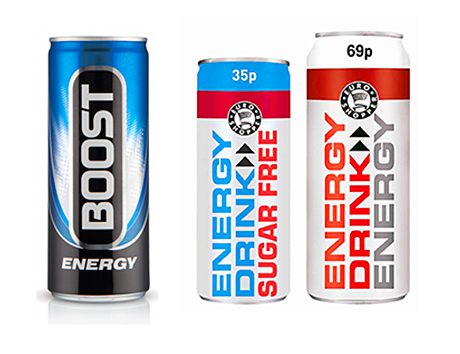 It’s speculation of course but it looks as if the multiples have been adding sales of branded energy drinks and perhaps even finding ways of selling more single serve packs rather than multipacks, so that they have achieved higher value growth than volume increases, while smaller stores have seen large cans and value and own-label lines increase volumes, so while value sales growth has occurred it has been at a slower rate than the supermarkets.
So it looks as if c-stores have some sales, size, revenue and margin issues to manage.
As can be seen in these pages the main energy drinks brands argue that it’s important to highlight leading brands because, they say, they provide better returns. But convenience store operators will also have to provide value because, quite simply, their customers demand it.
The trick will be to provide real choice but to observe rate of sale and margin performance carefully and to experiment with the best form of ranging and positioning of brands and sizes – and of PMPs and items on promotion – to find a strategy that keeps the store’s consumers happy enough but which also delivers the best returns to the retailer.
Energy drinks still burn brightly. But now there are many different flames.

£400.8m
Value of glucose and stimulation drinks sales in UK multiple grocers in 2012.