PERSONAL licence holders in Scotland who gained their licence in the transition period between the old and current licensing rules are in danger of losing their licences if they are misled by confusing statements on the timing of mandatory refresher training.
The Scottish Government has confirmed that all PLHs who gained their licence in the transition period, which led up to the implementation of the rules under the current Licensing (Scotland) Act 2005, will be considered to have an licence-issue date of 1 September 2009.
But leading Scottish licensing lawyer Jack Cummins became alarmed when training companies, awarding bodies and others said that meant those licence holders would have until December 2014 to complete mandatory refresher training and present the refresher training certificates to the appropriate licensing board.
Some statements have referred to the rules as a “five-year check” and some have even suggested refresher training has to be carried out “after” five years.
In fact, under Section 87 of the Act, personal licence holders are given three months grace to provide evidence that they have completed the necessary training. But the training itself has to have been completed “during” the “period of five years beginning with the date on which the licence holder’s licence was issued”.
So, those who gained their licence in the run-up to the current Act will have to complete the refresher training and gain the Scottish Certificate for Personal Licence Holders (Refresher) during the five years following 1 September 2009, effectively any time up until 1 September 2014 – but not after that date.
They then have up to three months to present evidence (their certificate) to the relevant licensing board.
The penalty for failing to complete the refresher training in the allotted time is severe.
Under the Act, if a licence holder fails to comply the licensing board which issued the original licence “must revoke” it.
And a licensing board cannot issue a licence to anyone who has had a licence revoked for a period of five years. 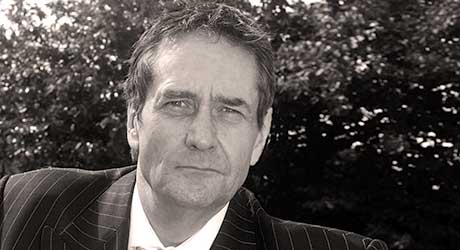 Cummins – a partner with legal firm Hill Brown and a Law Society of Scotland accredited specialist in liquor licensing law, who also sat on the Nicholson Committee and the National Licensing Forum while the new licensing laws were being developed, told Scottish Grocer: “Misunderstandings seem rife.
“It’s really important that the trade understand that there’s no three-month grace period for doing the training at the end of the five years.
“The consequences of anyone acting on this misapprehension could be catastrophic.”

• Courses have been available through training providers for some time. There’s no penalty for completing early so affected PLHs should ensure they complete the certificate well ahead of the 1 September deadline.