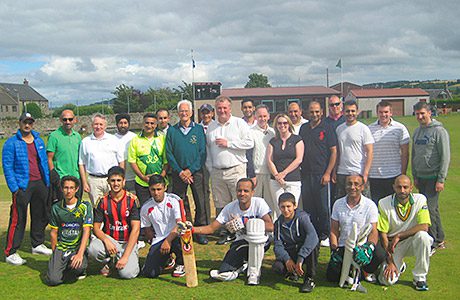 The annual friendly event, at Freuchie Cricket Club, was a grand day out for retailers, family and friends. The North team, captained by Gordon Landsburgh of Spar in Wormit, defeated the South team, led by Saleem Sadiq, who runs Spar in Renfrew.
Michael Manghra and Nick Jones, from Spar HQ, travelled to join the northern effort.
Freuchie Cricket Club is already booked for the return match in 2014.