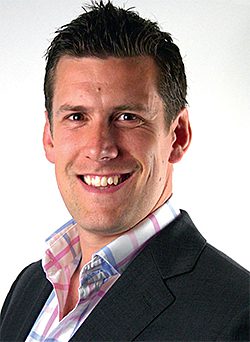 THE tough economy has seen consumers turn away from eating out and many a convenience store has benefited from the boom in the big night in. But have consumer moves to economise by eating packed lunches at work, school and college hit sales of sandwiches and other prepared food to go?
Not in the year to late 2012, it seems. And certainly not in Scotland where all the signs are that food on the go is on the up.
Mark Thomson, business unit director of market research firm Kantar Worldpanel, looked at the FTG scene in Scotland and in Great Britain overall for Scottish Grocer earlier this year. He found that in the 12 months to 28 October 2012 food to go in Great Britain had increased sales by 6.5% to reach a total value of £19.1bn. That was significantly ahead of the underlying rate of inflation and so represented a real-terms increase.
And in Scotland the FTG performance was stronger still. North of the border sales of food to go were up 8.8% – notably ahead of the overall GB figure.
It meant that Scottish food-to-go sales reached £1.7bn in the year to late October.
However food to go is quite a complicated market, spread over a wide range of retail channels. And, while it is undoubtedly important to many local c-stores, the symbols and independent shops don’t take a huge share of that £1.7bn.
Kantar defines the category as all hand-held snack items purchased and consumed out of the home – including sandwiches, soft drinks, crisps, confectionery, hot snacks and drinks, pastries and other items.
So where do Scots buy food-to-go items and how do they differ in preferences and buying patterns from consumers in Britain overall?
Well, at one time coffee shops might have been thought to have been at risk from the recession but, in the period covered by the research, coffee shops in Scotland accounted for 24% (or just under a quarter) of food-to-go sales.
And that share has been growing considerably, it’s up from 19.4% in 2010. Bakers, for example Greggs, also do well in Scottish food to go, taking just over 18% of sales. And coffee shops and bakers both do better in Scotland than in GB overall.
Symbol stores were found to have 7.6% of sales and forecourts took 6% but sales of food to go through multiple grocers, at 9%, were higher than through both of those channels.
Coffees and pastries account for more than £1 in very £3 spent on food to go in Scotland, Kantar Worldpanel found. Other products with big FTG sales included sandwiches, soft drinks and tea.
Pastries, rolls, soft drinks, hot pies and crisps all account for a higher proportion of FTG spending in Scotland than in Great Britain overall.
And chocolate confectionery also accounts for more FTG expenditure north of the border where it takes 6.5% of the total.
But as in the wider British market, the share of sales of food to go in Scotland taken by chocolate confectionery has been falling, partly because of increasing interest in health and partly because of shoppers buying heavily discounted sharing sizes and multipacks of chocolate to take home and to use in packed lunches.