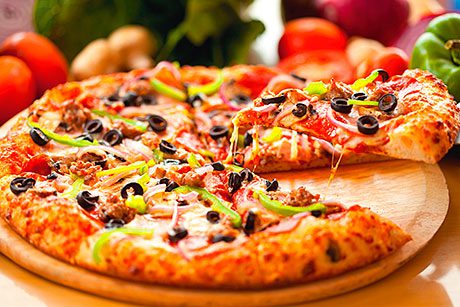 AFTER a booming March, when like-for-like food sales jumped by almost 4% compared to the year before, it looks as if April brought Scottish retail back to earth with a bump.

But, in fact, the experts’ take on the latest findings of the Scottish Retail Consortium/KPMG Scottish Retail Sales Monitor remains positive. They were expecting a correction and the underlying trend, especially in food and drink retailing, remains reasonably positive they say.
Like-for-like sales for food in Scotland (the figures that strip out stores that have opened or closed over the year) were down 2.7%. And total sales of food and drink were also down, by 1.4%. That decline was actually the worst outcome since the Monitor began its series in January 1999. However the partners say the result was heavily distorted by the timing of Easter, which fell in April last year and March this year.
Three-month and 12-month sales figures, are thought likely to give a more accurate picture of business trends and show growth.
In the three months to end April total food sales in Scotland increased by 2%, roughly in line with the rest of the UK. In comparison, non-essential purchases were the losers, with non-food sales lagging behind the rest of the UK by 4%.
“A double whammy of factors beyond retailers’ control caused what looks like a very disappointing set of results,” said Fiona Moriarty, director of the Scottish Retail Consortium.
“But it’s not as bad as it looks. If you strip out the Easter distortions, April sales growth was actually a slight improvement on March, and the overall three month average is still marginally up on the same period in 2012.
“The figures don’t yet reflect it, but we’re seeing very tentative signs that the mood in Scotland is starting to lift, especially consumer confidence which has crept above the UK average for the first time since September.” David McCorquodale, head of retail at KPMG, added: “April’s figures remind us how tough the retail environment remains in Scotland. On the back of the strongest first quarter to a year since 2011, the latest drop in sales is disappointing.
“Looking ahead, sales at the till will remain hard-fought for, with promotional activity squeezing margins, as retailers’ anxiety grows around ensuring the first quarter’s stronger performance continues.”
Commenting on UK trends in food the separate British Retail Consortium KPMG Monitor said: “Food was the second poorest performing category as it was the most affected by the negative distortion from Easter.
“April started with freezing temperatures, prompting continued demand for winter foods.
“By mid-month, as the sun came out, appetites turned to food associated with warmer weather: salad, exotic fruit and fruit juice, ice cream, Mediterranean snacks and picnic essentials. Pizzas and ready meals also benefitted from renewed demand as the Grand National and popular TV programmes were on screens in April. Following from the winter trend, the UK continued to bake, with ingredient sales, including eggs, up.”

Image – After a cold start April warmed up and ready meals and Mediterranean foods including pizza, salad and exotic fruit saw sales increase.