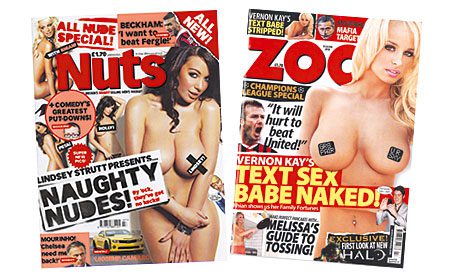 LAWYERS and feminists have warned stores that that they risk legal action if they don’t stop displaying lads’ mags.

The feminist activism groups UK Feminista and Object joined forces with a collection of lawyers active in equalities law to send an open letter to the Guardian newspaper.
In it, the campaigners argue that shops selling and displaying lads’ mags and papers with what they call “Page-3-style front cover images” are vulnerable to legal action from both staff and customers.
The two activist groups plan a targeted campaign against major retailers such as supermarkets and chain newsagents over the sale of lads’ mags.
They say displaying and selling publications with such cover images can constitute sexual harassment or sex discrimination under the Equality Act 2010. Employees could take action and, where the magazine is visibly on display, customers could also have a claim, they say.
English-based independent retailer organisation the ACS has a guide for retailers on lads mags on its website www.acs.org.uk