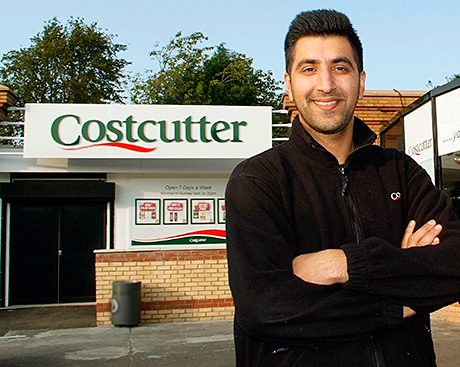 SYMBOL convenience store chain Costcutter Supermarkets Group and wholesaler Palmer & Harvey are to launch a joint venture buying company that the companies say will have £5bn negotiating and buying power. And the firms have also agreed further details of a new relationship that will have far-reaching effects on the c-store industry in Scotland and elsewhere in the UK.

Called The Buyco, the new company will be owned in equal shares by Costcutter and P&H. The formation of the new firm and other developments signal the end of the current relationship between Costcutter and the mutually owned buying group and wholesaler Nisa.
Costcutter has accounted for a considerable proportion of wholesale business at member-owned Nisa but had been known to be considering its options ahead of that contract ending in 2014. Some observers expect the new developments to be the first of several that will see Britain’s independent and symbol-store wholesale and retail industry consolidate significantly in coming years.
Darcy Willson-Rymer, CEO of Costcutter Supermarkets Group, said: “We have been single-mindedly focused on creating maximum value for our members and it became wholly apparent that without access to the proportionate benefits of our own buying power this could not happen.”
Under new operations P&H’s current symbol stores, including those that run under the Mace fascia, come under the wing of Costcutter. P&H will take over wholesaling operations – through its 14-depot, multi-temperature UK delivery network – to the combined store portfolio, which the new partners say will be one of the largest groupings of symbol outlets in the UK. The Buyco will also buy on behalf of P&H’s current independent retail customers.
P&H’s Mace, Supershop and Your Store brands, their operations and 800 stores join the Costcutter Supermarkets Group collection of brands – which includes more than 1,600 Costcutter, myCostcutter, kwiksave and other stores – this month.
Costcutter has signed an eight-year wholesale distribution contract with Palmer & Harvey. The Costcutter stores operation will introduce a new bespoke product range for its expanded list of stores, negotiated by The Buyco including an extended range of fresh and chilled goods and a three-tier own-label product portfolio, under the brand name Independent, intended to provide own-brand options in all product categories. And Costcutter says the new buying power offered through The Buyco will also see it extend its regional product ranges and allow it to seek “the best deals and promotions available in the industry”.
A number of Costcutter and Mace retailers in Scotland seemed broadly pleased with the developments although some were waiting to hear further details.
Derek Ritchie, owner of Costcutter stores in Ellon and in Mintlaw, who is a member of Costcutter’s National Retail Forum said: “I feel very positive about the whole thing.
“Consolidation in the independent trade has to be a good thing. The increased buying power has to be good for us all.
“The three-tier label, Independent, looks very good and I love the name.
“I know that Darcy Willson- Rymer started at the company with not a huge amount of experience but I’ve been very impressed by what he’s done so far. I think he’s starting to shine now.”
Jay Javid, owner of Costcutter in Glasgow Road, Paisley said: “I think the buying group is a good thing, it will put Costcutter stores on a stronger standing
“The new range, Independent, highlights the fact that we’re independent but still part of a big group.
“We’re not losing the core values. Being independent is still at the heart of Costcutter.”
Gordon Mair who, with his with Debbie runs Costcutter in Aviemore, said: “I haven’t had a full discussion with Costcutter about the developments as yet, so at the moment I’m reserving judgement. I have questions that I haven’t been able to put to them as yet.
“I need to be sure that it’s the best way forward for my business.
“In general, the service that we got from Nisa and DHL in the main wasn’t bad.
“I’ll be interested to see how Palmer & Harvey will cope with delivering to 2500 stores.”
Jamie Wood, company director of St Michael’s Services, with three filling stations and Mace stores in south-west Scotland said: “I’m reasonably happy about it. I think that if it does what it says it says on the tin then it will probably have benefits to it.
“It seems that Palmer & Harvey will be concentrating on the warehousing and delivery side of things, which they do fairly well already, and Costcutter will be taking more control over the retail side of it in terms of promotions and advising on planograms, merchandising and layouts.”

Image – Jay Javid, owner of Costcutter Paisley: “We’re not losing the core values. Being independent is still at the heart of Costcutter.”