LAST month’s Budget, billed by Chancellor George Osborne, as “a Budget for people who aspire to work hard and get on”, proved a mixed bag for retailers.

On the plus side the scheduled September 3p fuel duty rise was scrapped. And April’s planned rise in beer duty was also ditched, with the Chancellor instead choosing to cut beer duty by the equivalent of a penny a pint. 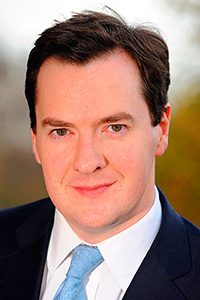 Beer was also taken out of the duty escalator system which sees alcohol duty increased at Budgets by 2% more than the rate of inflation. The escalator remains in place for wines and spirits however.
And smokers and tobacco retailers were hammered again by the continuing system which increases duty on tobacco by 5% more than the prevailing rate of inflation.
Corporation tax will be cut by 1% to 20% in 2015. There’s a new employment allowance which should cut National Insurance bills for every company, with 450,000 small firms likely to pay no employer National Insurance. Tax relief for investment in social enterprises was also announced. And increases in personal tax allowances were brought forward.
But the country’s growth forecast was halved and real terms cuts in public spending are likely to depress public sector wages.
John Drummond, chief executive of the Scottish Grocers’ Federation, said the National Insurance changes could help many retailers. He calculated that, after it’s introduced, employers with fewer than 10 staff will see their NICs bill reduced by 80%. He also praised faster credit card payments and predicted: “This will make a big difference to cash flow for our members.”
South of the border James Lowman, chief executive of the Association of Convenience Stores, had mixed feelings, saying: “The Budget does not include any radical changes to transform confidence among local shop owners, but action on national insurance, card payments and beer duty will make a difference.”
Scottish Retail Consortium director Fiona Moriarty described the government’s ambition to cut corporation tax to 20% as “laudable”, but beneficial only to internationally mobile companies.
“For retail, a property-intensive sector, it has been folly for both the UK and Scottish Governments to let business rates rise relentlessly.
“Corporation taxes are on profits. Little is paid in the lean years. But rates are on property and continue to rise regardless of company results.”
The tobacco industry viewed duty increases as predictable but counter-productive. Amal Pramanik of Imperial Tobacco said it would lead to a rise in smuggling.
“Nearly a quarter of the cigarettes consumed in this country evade the already high level of UK duty,” he said. “This will only make the illicit trade problem worse.”
The alcohol duty escalator will add another 10p in duty to a bottle of wine and around 53p to a litre bottle of spirits.
Wine and Spirit Trade Association chief executive Miles Beale said: “Wine duty has increased by 50% and spirits duty by 44% since the escalator was introduced in 2008, putting 67p on a bottle of wine and £2.38 on a bottle of vodka.