TURNOVER is up and trading profit has been maintained at Scotmid, in a year like no other for the co-operative society.

Scotmid’s latest half year results reveal that the society’s turnover increased by £8.1 million to £205.2m in the 26 weeks to 31 July, with trading profit reported at £3.1m.

Chief executive John Brodie described the figures as a “strong set of results” achieved in an evolving landscape.

“The results are a credit to everyone in the Society who has produced them in the strange, challenging and difficult times we’re living in,” he said.

Brodie noted that while the latest results are largely in line with Scotmid’s previous reporting period, the numbers were arrived at by a different path, as easing Covid restrictions changed shopping behaviour.

The evolution of rules and consumer behaviours throughout the pandemic has helped and hindered growth for each arm at different stages, as Brodie explained.

“We’ve seen changes in all of our businesses as some measures have started unwinding.
“People are still shopping locally but not maybe to the same extent, they’re maybe shopping more frequently and buying less because they are in to visit us more often. 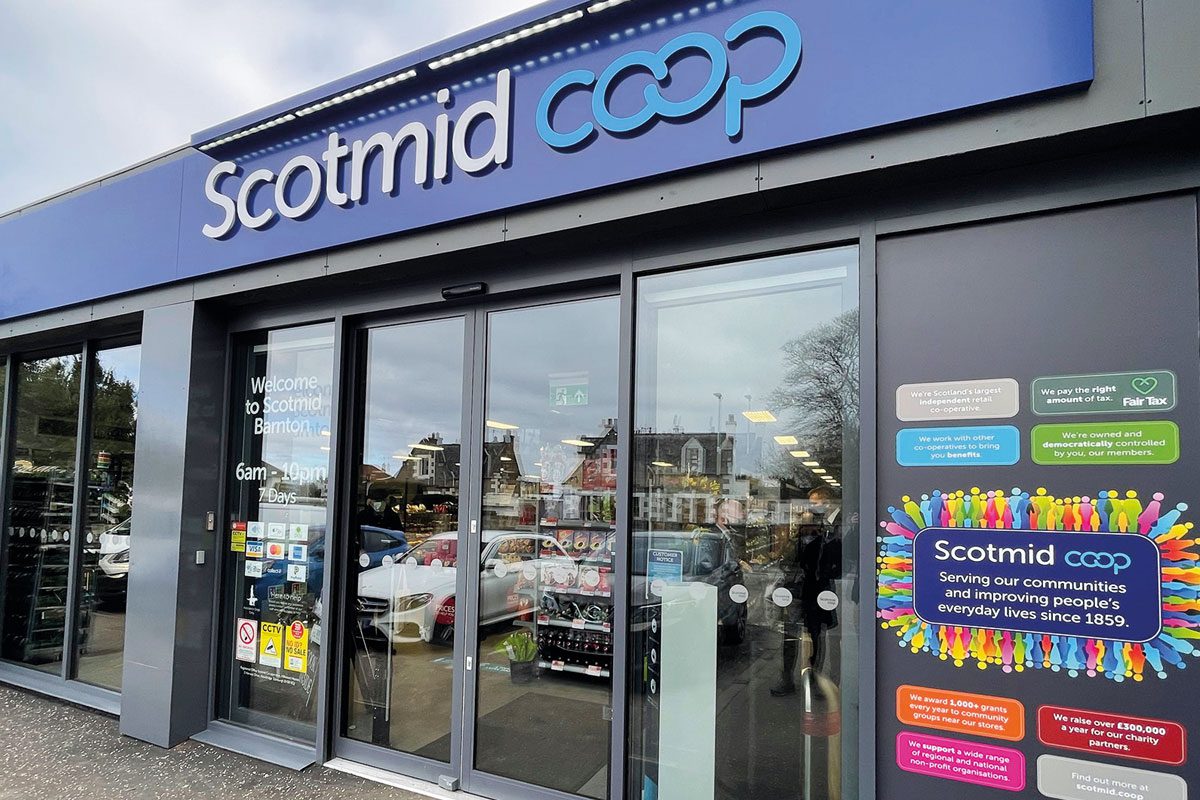 “Semichem was closed for a large chunk of 2020 in the first lockdown, so that’s been open and trading again, albeit with high street numbers that have not recovered to the footfall levels we saw in 2019, but Semichem has improved its position.”

Brodie added that while Scotmid’s funeral service conducted fewer funerals in the 26 weeks to 31 July, loosening of Covid restrictions meant it was able to carry out more of families’ wishes.

Despite the challenges of adapting to the pandemic, Scotmid still pushed ahead with its ‘continuous improvement philosophy’, Brodie said.

Following a pause on investment in its c-stores during the first lockdown, Scotmid has been pushing on with refits, while also spending on environmentally friendly fridges for stores, digital screens and other equipment to support the development of its food to go offer.
The Society has also been giving local suppliers opportunities for growth.

Scotmid recently joined forces with Scotland Food & Drink to launch a new competition promoting local produce, offering food and drink suppliers across Scotland the chance to win one of five promotional listings across its estate next year.

Brodie said he was hopeful that the winning stores could support the growth ambitions of smaller suppliers.

“We have our local initiative and we have dedicated resources to look for local suppliers and good relationships.

“That’s helped us often when there have been national supply issues and our local suppliers have stepped in.

“But it’s beyond that, it’s about being able to bring in small suppliers to give them the opportunity locally in the hope that one day they will graduate on and become part of the national supply chain.

“This initiative is about recognising the next group of suppliers coming through and giving something back to them,” he said.

The Society’s charitable activities also continue at pace, although larger in-person events remain suspended due to the pandemic.

Scotmid continued to operate its Community Connect Scheme, supporting twelve good causes who shared in £84,000 over the period.

The Society’s members, staff and customers also raised £120,000 in the first half of its charity partnership with Children’s Hospices Across Scotland (CHAS) in conjunction with Northern Ireland Children’s Hospice, Jigsaw and St Oswald’s Hospice.

There was also an international element to Scotmid’s support during the pandemic, with the Society joining forces with nine other retail co-ops across the UK to provide £100,000 worth of emergency support to local co-ops supporting communities in India affected by Covid.