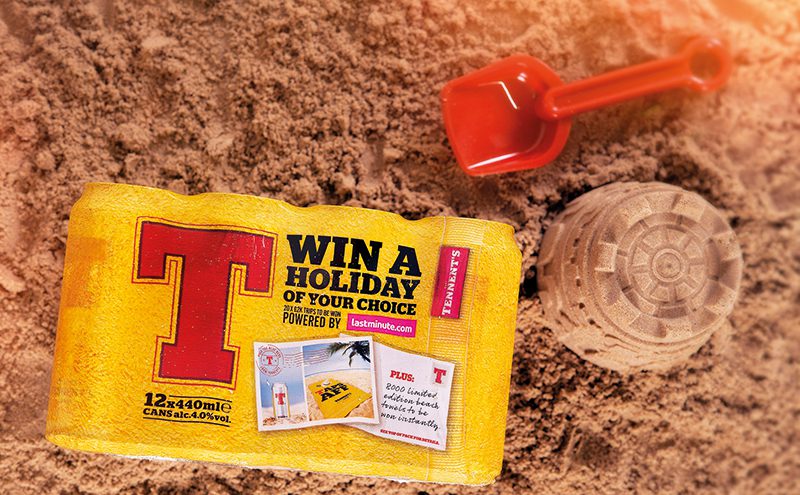 TENNENT’S has been Scotland’s favourite beer brand for a number of years, successfully staying a step ahead of the competition from home-grown alternatives and the multinationals.

However, 2017 is the year it became Scotland’s best-loved Scottish alcohol brand overall, taking the number one spot in our chart ahead of all Scottish beers and spirits.

Central to its year has been the ‘Here to Serve’ summer campaign, which saw the brand promising to service Scotland in highly visible and unusual ways (for example, created a Currency Exchange giving English football fans a chance to change their cash into Scottish notes)

2017 has been an outstanding year for Tennent’s in the off-trade and what a way to round it off by becoming Scotland’s top-selling alcohol brand.

The integrated campaign saw activity take place throughout the year at various consumer touch points, through on-premise experiential events, PR and social media campaigns, as well as out of home advertising and in-store promotions – all designed to raise increase brand awareness and drive footfall through the doors of retailers.

Claire Arnott, head of UK customer marketing at Tennent’s, said: “2017 has been an outstanding year for Tennent’s in the off-trade and what a way to round it off by becoming Scotland’s top-selling alcohol brand.

“Tennent’s Lager is a brand that consumers know, love and will always look out for, on the shelves or fridges in take-home retailers. Tennent’s Lager is available in a wide range of SKUs, ensuring there is a format that meets every customer need and drinker occasion.

“We have some exciting plans for Tennent’s Lager in the off-trade for the year ahead, so we look forward to 2018 and growing on the success from 2017.”

The success of Tennent’s means that Glen’s vodka has been dethroned, but is still holding strong for 2017 at number two on our list.

Another brand to have seen a lot of activity this year, Glen’s partnered with some of the UK’s most popular outdoor events including Glen’s Party at the Palace and the Belladrum Tartan Heart Festival in Inverness.

Back to work and making a difference

Mixing it with malt in a can