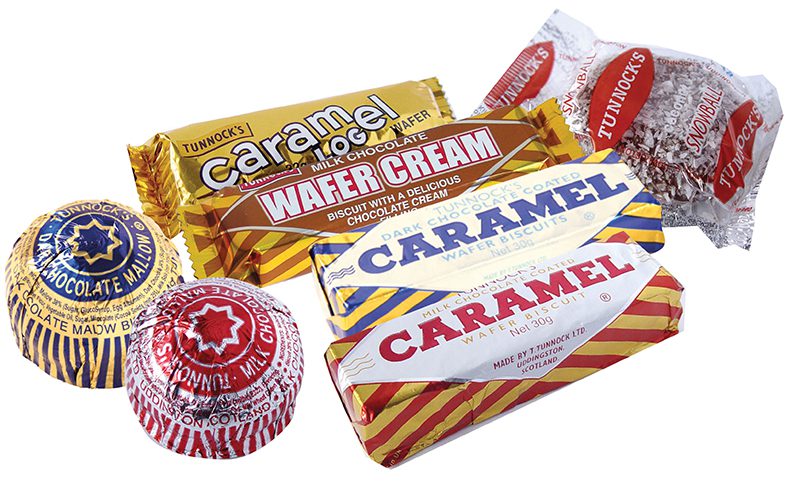 FEW brands are as recognisably a part of the Scottish culture as Tunnock’s.

The biscuit giant was sixth in Scottish Grocer’s list of the most valuable Scottish brands 2016 (excluding alcohol) and sells more biscuits than any other biscuit brand in the home market.

Clearly, its range means much more to Scots than mere caramel, coconut and chocolate.

Tunnock’s is a family business and the family, led by Boyd Tunnock, say they give it their undivided attention, combining tradition and technology.

Caramel Wafers and the famed Teacakes, along with Snowballs, make up the majority of their production, with an increasing turnover, now at £52m.

Tunnock’s reckons it gives Scots a connection to the period when Scotland was a manufacturing powerhouse. And despite modern challenges its range of products continues to appeal to consumers of all types.

Earlier this year Tunnock’s revealed sales of their tea cakes had rocketed by 10% in Scotland. However, around 20% of the brand’s sales are now abroad, where new markets are opening up and demand continues to grow.

Its biscuits are still made in Uddingston where, in 1890, Boyd’s grandfather started the business. He made things that people wanted to buy and 127 years later his successors haven’t forgotten that.

Today the much-extended Tunnock’s factory currently stands at 200,000 sq ft, but work is underway to extend it further, with the addition of a new three-storey wing that will add a further 30 jobs to the payroll and provide the company with an extra 10% production capacity.

Work is expected to complete in early 2018.

1921
Archie Tunnock, son of Thomas, takes over the bakery business.

1952
The Caramel Wafer, created by Archie Tunnock, is created.

1954
The Tunnock’s Snowball is created by Archie and his sons.

1955
The Caramel Log is added to the growing range of products.

1999
New technology arrives with a robotic system for caramel logs.

2006
Tunnock’s introduces the first Teacake robot to the factory.

2014
Teacakes play their part in the Commonwealth Games.

2016
A multi-million pound extension of the factory is announced.