BOTTLED water brand Evian is serving up some celebration to mark the 10th year of its partnership with Wimbledon. 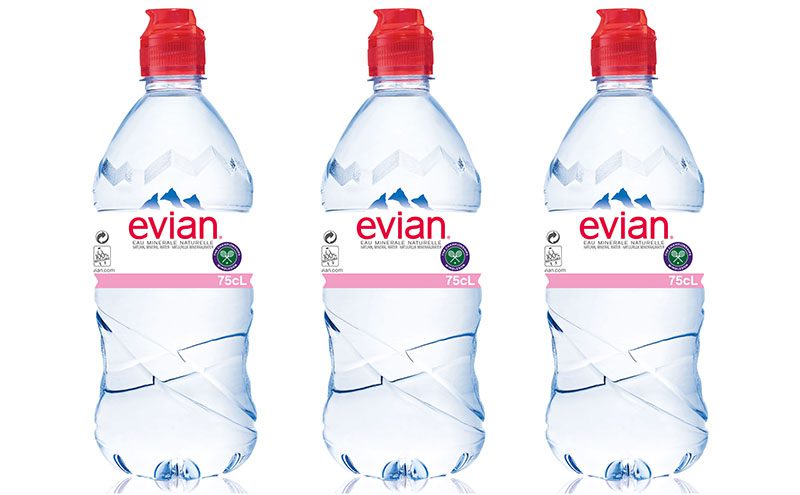 The brand launched its new month-long Live Young campaign on 29 May with an investment of £350,000.
Evian will also introduce its Wimbledon campaign at the end of this month backed by £1.9m in marketing support. This will include a Wimbledon Championship pack sporting a ‘Snapcode’ encouraging shoppers to scan Evian packaging with their phone to unlock a Live Young lens created for Snapchat.
This year will also see the return of Evian’s ‘Wimblewatch’ show, following on from what the brand described as a successful 2016 for the initiative which saw broadcasts from the Evian suite at Wimbledon attract 12 million views.
This year’s Wimblewatch activity will see the show broadcast on Facebook Live from Wimbledon and will feature celebrity guests.
Aurelia Viennet, Evian brand manager at Danone Waters UK & Ireland said: “We’re very excited to mark the tenth year of our partnership with Wimbledon.
“The tournament is the perfect fit for Evian, and our campaigns have proved a big hit in the past adding value to the bottled water category overall.”