THE Italian influenced Scottish favourite of macaroni has been a big hit for Scottish food and ready meals producer, and McIntosh brand owner, Strathmore Foods. 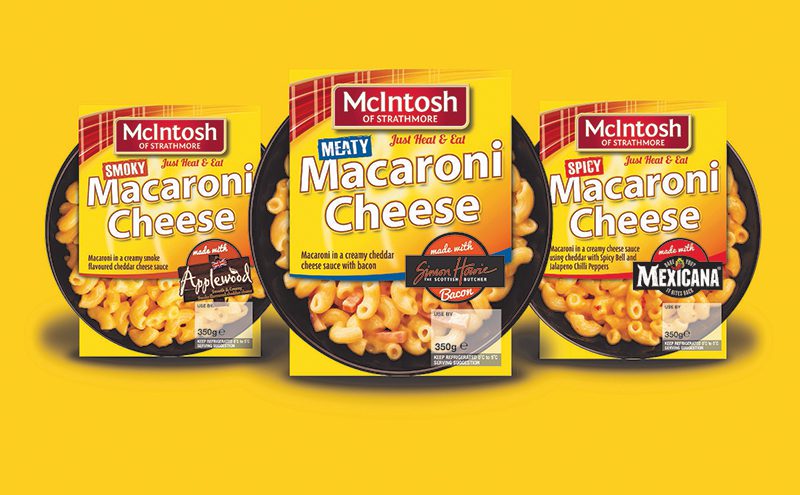 News of the awards was carried in print and video activity with the Daily Record and paid advertising on Facebook as well as on packs of two of the biggest-selling McIntosh of Strathmore products – its 400g Macaroni Cheese and its 340g Haggis, Neeps and Tatties.
Three projects in each of three categories went through to the final and then the winners were chosen by public votes.
The winners were: Food Train Friends,  in Dundee; Fernhill Soccer School, near Glasgow;  and Calderwood Primary School Parent Council Outdoor Classroom, in Rutherglen, in South Lanarkshire.
Julie Nisbet, the managing director of Strathmore Foods, said: “We were absolutely delighted by the response from the public to the live voting stage of the McInvest Community Grant Awards.
“An overwhelming number of people voted in the awards, with many people clearly keen to make a difference in their local communities. And so we want to say thank you to everyone who voted and supported the work we’re trying to do.”