We’re looking for new generation retailers and new ideas all across Scotland. If you’d like to take part or want to recommend another retailer just contact John on 0141 567 6032 john.mcnee@peeblesmedia.com 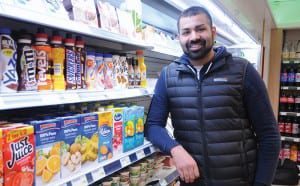 27-year-old retailer Aneeb Tariq (pictured) recently marked the one year anniversary of the opening of his first c-store. He spoke to Scottish Grocer about the challenge.

How did you get started in convenience retailing?

It started with my father. When I was in school I had a part-time job in his shop in Bishopbriggs. I just started so I could help him out on Saturdays and Sundays, but as the years went on I started asking for more shifts. I began to find it quite interesting, the buying, the selling, the profit margins. And that’s how I started. About two years ago my dad said it was time to expand, he wanted to invest somewhere else. We spent about eight months looking for a place, because it’s actually quite hard to find shops. Eventually we found out about a shop in East Kilbride through family friends and took it over.

What has the experience of your first year in business been like?

It has been challenging. The first three months was spent working all hours, seven days a week, trying to get every side of the business sorted. I was trying to make sure I had the suppliers coming in with the right products, giving me the best prices, while on the other side was insurance, accountants, the cash machine, registers. Everything had to get done within the first three months. I also never had to deal with staff before. In the old shop it was just me, my dad and my uncle, but when I took on this place I had to take on staff. That means keeping on top of hours, wages, who’s off, who’s sick. For the first three or four weeks I had help from the previous owner, so that was useful. Generally, I’m optimistic about the industry. Profit-wise it’s still good, you just need to work hard. The margin’s still there and if you have a good foothold with a good shop it can work out.

How do you try to differentiate yourself from the competition?

For me, I’ve found that people really respond to three things – promotions, variety and new lines. I go to about four different cash & carries so that I can offer customers the bargains they want. If you only go to one all the time your life’s a lot easier, but you can get products cheaper by 20p, 50p or a pound sometimes by shopping around. I will make trips for specific products that only one of them will sell. Starbucks Frapuccino, for example, is only sold in Batleys. Hershey’s Milkshake is only sold in Costco. It’s effort, but it means we can offer a good variety. And people get excited by new things. For example, 7Up Mojito is just out and someone’s already asked me to get it in. I’m getting a delivery and I’ll display it at the front so that when customers come in they’ll see something new.

Compared to other shops, pet food sells really well here. The number of people in the area with cats and dogs and even fish is incredible. I’ve expanded from one bay to two and I try to offer a really good variety and promotions. Mostly it’s budget or stuff on promotion that they go for, but then the cash & carries don’t have much in the way of premium products. I’m sure if it came in it would sell well. Confectionery and groceries are what I know I can make a bit of profit on. For me, specifically, because of my clientele, grocery does quite well. A lot of elderly folks don’t want to go to the shopping centre across the road. 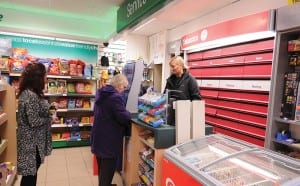 Which areas do you think require more work in your store?

The pound range. There’s such a variety of pound lines available and I need to improve my own range. I have a pound section, but I’m moving things about right now, so there’s no merchandising yet.

What is your experience of retail crime?

I’ve not experienced anything at all in this shop. In the previous shop we did, mainly due to the same two young boys who we would catch shoplifting sweets. The only thing you can do there is talk to their mother. It’s never been anything serious enough to report to the police. If it’s something small, it’s easier to handle it yourself. Reporting it to the police just opens up a whole can of problems, I would say. Because we don’t have an off-licence in this shop we don’t get drunk people coming in and I’ve never had to deal with intimidation or abuse. That’s one of the reasons I really like it here, because there’s been none of that. I’d still consider applying for an off-licence in the next couple of years, but right now I’m very happy. 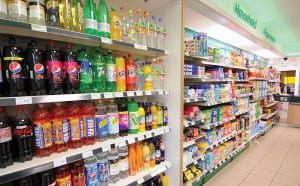 What effect will the national living wage have on your business?

I’ve spoken to my friends about that. I know we’re going to have to increase some of our margins to try and cover it, that’s all I can think of. We could either cut staff hours or try to increase certain prices and I don’t want to cut hours. A few of our main sellers in grocery and chocolate can probably take an increase. Here’s the thing, though – the new Wispa Golds have just come in. They used to be 52g, now they’re 48g, same price. And Menzies have sent a letter saying they’re increasing their supply charge. Everyone up the supply chain’s already increased their prices. How are we to make that back and pay the wages without hitting consumers twice? So we’re still thinking what to do.

What other retailing issues concern you?

The main issues are always  the same – cigarette prices moving up and PayPoint. You get nothing back for giving them a service. They claim that PayPoint customers pick up other stuff as well, but I’d say 70% just come in to use PayPoint and leave. People I meet at the cash & carries say the same thing – “There’s no money in cigarettes, no money in PayPoint”. That’s really all they’re annoyed about. But there’s nothing you can do other than giving people a good service till they start to think of you as more than just a place to pay a bill. The main thing is to keep smiling, keep them coming back. 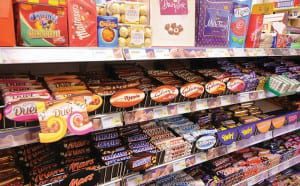 What do you hope to achieve in your second year?

Simple. I’d like an increase in profit and an increase in customers. I’m talking to Day-Today about leaflet promotions and getting the shop in the local papers because we need to let people know about the variety and the promotions we’re offering so that more people will come in and keep coming in. And I want a flat too, but that’s just for me.