A retailer-focused campaign to tackle the ongoing issue of proxy purchase, has been officially recognised by Police Scotland as being the project that made the ‘greatest contribution to policing priorities’ in 2015. 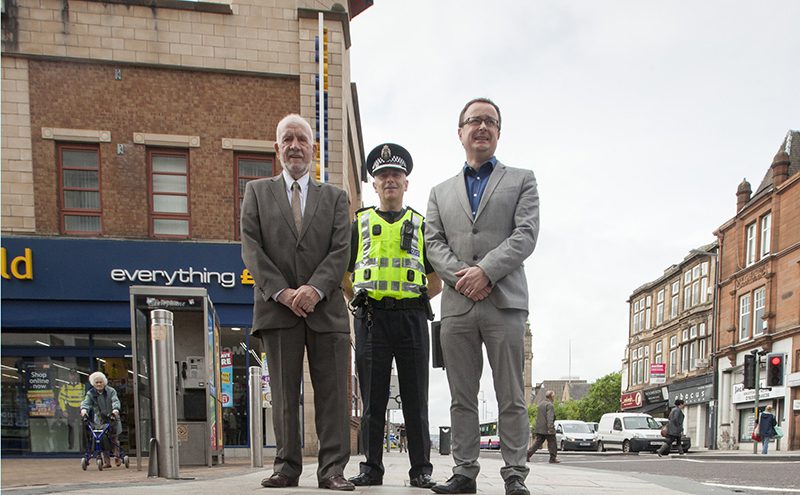 The campaign was a partnership between the Scottish Government Alcohol Industry Forum, Police Scotland and the North Lanarkshire Community Safety Partnership and had an operational focus in the towns of Wishaw and Motherwell.

Local retailers were heavily involved in promoting the campaign through in-store posters and ‘clean art’ street graffiti outside stores. The campaign hammered home the consequences of proxy purchase for the perpetrators, young people and communities.

Dr John Lee, SGF head of public affairs and chair of the campaign group, said: “This campaign has been an excellent example of genuine partnership working; a key element of its success has been the willingness of Police Scotland to divert resources to this issue and to develop positive working relationships with retailers.”

Police Scotland lead for the campaign Inspector Alistair Anderson of Motherwell and Wishaw Community Policing said: “I am delighted that the ‘You’re Asking for It’ campaign has been recognised in this way – it’s a tribute to everyone who took part.

“From the outset this initiative was designed to increase public awareness, reduce the risk of harm to children through exposure to alcohol and have a positive impact in the reduction of violence, disorder and antisocial behaviour and I am pleased that we succeeded in meeting all of our objectives.”

Over the duration of the campaign (April to October) Police Scotland recorded 84 separate licensing offences which included 49 adults being reported for purchasing alcohol on behalf of young people.

In addition to this, violence across the locality dropped by 30%, antisocial behaviour was down by 13% and Alcohol related youth disorder was reduced by 21%. Furthermore, by limiting the amount of alcohol in the community, street drinking offences reported by the public fell by over 53%.