Price-marked packs have become hugely important to many c-stores. But brands, wholesalers and retailers have been adding tools and techniques to the basic PMP strategy.

We asked several how they see PMPs now and how they have been working to persuade consumers that the convenience channel delivers value.

COSTCUTTER is extending its January promotion offers through February and into March.
The Love Local Deals campaign includes Love £1 Deals, Love Half Price or Better promotions and what Costcutter calls killer deals on everyday essentials from major brands. 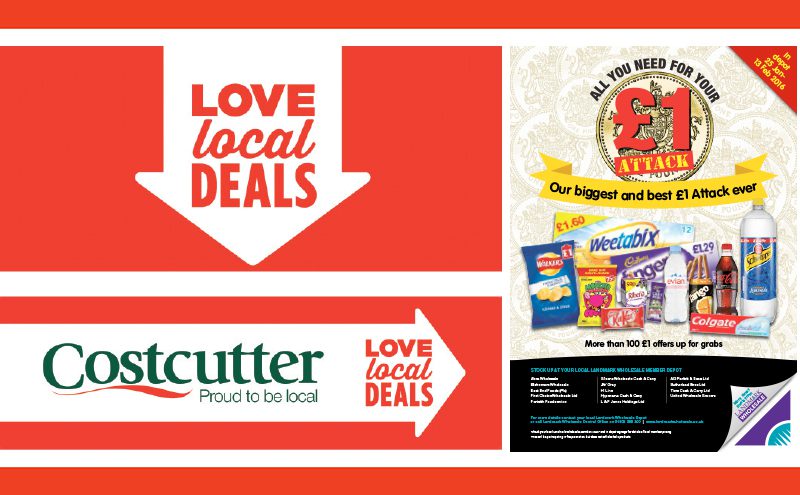 Costcutter and Landmark Wholesale both launched early-year value promotions last month. Costcutter’s Love Local Deals programme extends all the way to March. Landmark’s £1 Attack runs over a period that includes the fi rst part of this month and features £1 price tags on a wide range of big brands.

Retail director at Costcutter Supermarkets Group Daniel Quest said: “We want to help members to drive maximum footfall and increase their sales across the first quarter of the year and Love Local Deals will help our retailers maintain momentum and keep their customers shopping more often.”
Quest said a full range of POS has been developed to support the promotion including gondola-end bays and 90-degree shelf barkers.
• Landmark Wholesale is running a promotion until the middle of this month with more than 100 of its best selling products priced at £1.
The £1 Attack includes Tango, Coke Zero, Cadbury Milk Chocolate Fingers, Evian, Monster Munch, Weetabix and Ribena at £1 for a single product or for a multi-buy deal.
Marketing controller Phil Marx said: “This is our biggest ever £1 promotion and we’re giving retailers a brilliant start to the year by offering so many fantastic products at such great prices.”