Four years in the planning, Costcutter in Cocklaw Street, Kelty, is a brand new store, meticulously designed, with chilled food and drink at its heart.

A former coal mining village situated between Dunfermline, Stirling and Perth, Kelty in Fife has developed into a prospering commuter town in the last decade.
With some houses in the area selling for around £500,000, there is a growing population of affluent professionals and their families. And, for the most part, they don’t shop in Kelty.
Brothers Asmat and Usman Saleem aim to change all that with the opening of their new Costcutter store, which aims to combine an exceptional range with first rate customer service to make travelling to out-of-town supermarkets a pointless endeavour for locals.
The site in Cocklaw Street was purchased in 2007 with a view to developing flats or a nursing home, but with the economic crash, those ideas went out the window. In 2011, they began thinking about a new c-store.
The design was a joint venture between the brothers, Capital Cooling, Direct Shelving Services Ltd and Costcutter.
“We’re concentrating on fresh, chilled produce, fruit and veg, and good promotion lines,” said Asmat, who took
over the running of his parents’ store in nearby Blackhall Square when he was 17. “We want to have more variety than other local shops and more of a price-marked range, but customer satisfaction is a key factor. When we were sorting out the
layout, we gave a lot of thought to how
the customer would walk through the store.”
For most customers, their journey through the store will start at a 15 metre run of chilled food and drinks.
“We wanted to keep the chilled together, all in one row so the customer can see the full thing as soon as they walk in,” said Asmat. “And I didn’t want doors. I said that from the start. Doors may be eco-friendly, but if you’re looking down a long line of chillers with doors you can’t see what’s at the end. It gets in the way of the customer and we want the customer to come first.”
The run of open-plan Trojan remote multi-deck fridges was installed by Gerry Simpson of Capital Cooling, who also installed the extended-height 5-door Vulcan remote freezer and the store’s air conditioning system.
“It’s important that when a customer comes in they have an easy experience in a nice, bright shop,” he said.
“As you come in here, everything’s clearly visible. Ideally you want the customer to follow the flow, but if what they’re looking for is frozen, they can see it straight ahead. Same with the beer cave. It’s all designed to make the shopping experience an enjoyable one.”
The beer cave is a prime example of how Asmat and Usman sought to provide something no other store in Kelty could offer. With the assistance of Capital Cooling and Direct Shelving Services Ltd they were able to maximise their ability to sell chilled beer and wine without a large investment in equipment.
“What we did was thermally line all the walls, put the fixtures in and put a refrigeration unit in the ceiling. It then becomes, effectively, a glorified domestic fridge,” said Direct Shelving Ltd’s Graham Mason. “That’s all you’re really doing and then the customer is walking into a completely chilled environment and all the product on display is chilled and ready to buy.”
Though the brothers have seen caves in other stores, they’re sure none looked as good as theirs.
“We’ve tweaked the design,” said Usman. “Some of the ones we’ve seen are like industrial chill rooms with the evaporator just stuck on the ceiling. We’ve enclosed ours because we don’t want the customer to see that.
“It’s a massive unit, but the way it’s done, when you walk in you don’t know it’s there. For warehouses and cash & carries, the look of a chill room doesn’t matter but for us it’s very important.”
That aesthetic consideration extends to the rest of the store, which is well-merchandised, clean and tidy, with minimal clutter. One of Asmat’s aims is to avoid the “messy” look of a bargain store.
“We are charging people, in effect, for being in a nice shopping environment, we’re not a cheap discount shop, but there is a clientele in Kelty that doesn’t mind paying a little more for a nice shopping experience.”
Asmat and Usman were very hands-on with the construction of the store, putting a lot of the shelving in themselves to make sure they had it just the way they wanted it.
However, one thing they couldn’t build themselves was the shop counter. This was another task for Direct Shelving Ltd’s Graham Mason, who said: “We design all our furniture for our customers bespoke. We use a 3D package so the customer will get exactly what they want.
“It’s one of the only made-to-measure pieces of furniture that most shops get. And if you think about it, it’s the one piece of equipment that’s used all day, every day. So we do take a bit of time to make sure we get that right.”
The counter incorporates a Capital Cooling Zurich model for the bakery counter and Capital Cooling Phoenix sandwich prep station, forming a food-to-go serving area that also offers hot soup.
Since opening just before Christmas, the store has had a great response in the community. And now Asmat and Usman are already thinking about their next project.
“We’re planning to refit the other shop to make the same sort of layout,” said Asmat.
“We’re looking to grow the business now, adding a shop hopefully every year or second year. That’s the route we’re going down and we’re constantly on the lookout for new sites, new developments and new opportunities.” 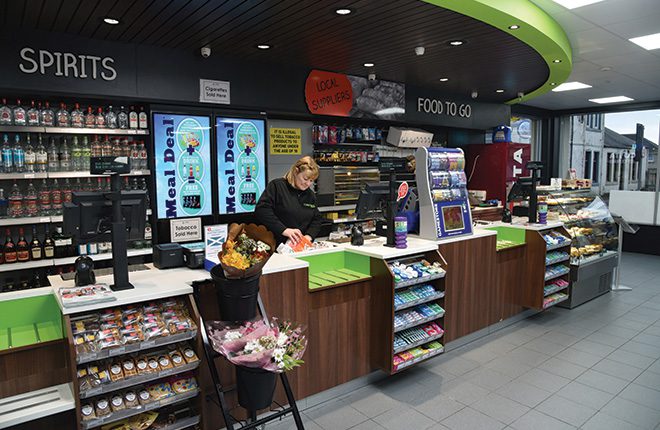 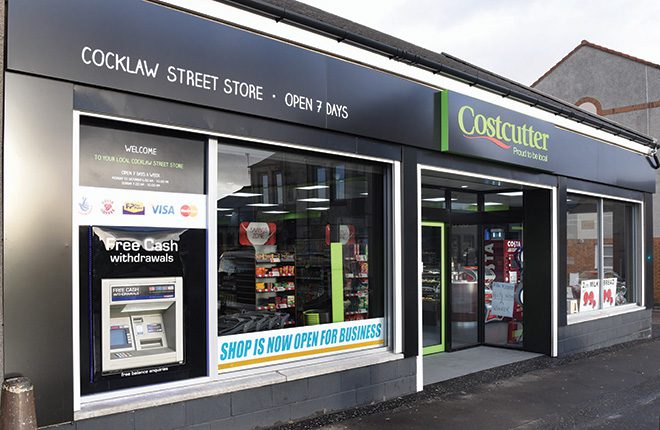 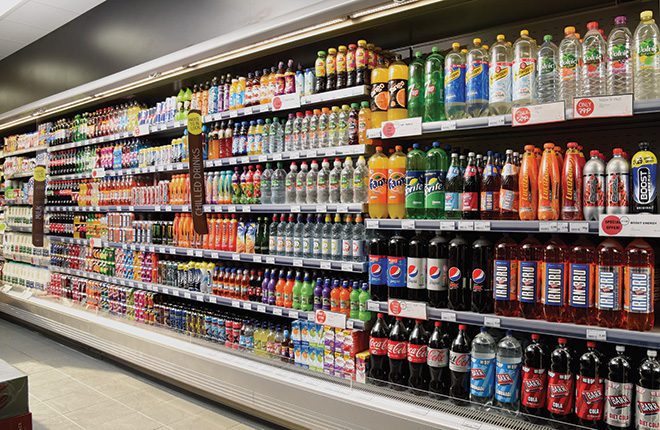