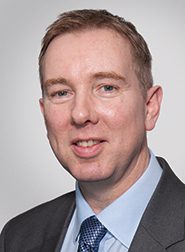 Turnover in the first six months of the trading year at independent co-operative Scotmid was down £6m on last year. But profit remained almost the same thanks, among other things, to cost improvements and increased energy efficiency.
Scotmid chief executive John Brodie, pictured right, told Scottish Grocer that after a tough Scottish summer it was a solid result.

SEEING six-monthly turnover drop by £6m (from £212m last year to £206m) isn’t likely to be the most hoped-for outcome by any business, but Scotmid chief executive John Brodie says he’s satisfied that the Edinburgh-based independent co-op had returned a solid result that showed it performing ahead of the norm in a very tough market.
Profit for the six months to 1 August 2015 was down slightly (from £2.1m to £2m).
Through the period the society shaped up well when measured against figures produced by the Scottish Retail Consortium for the sector as a whole, he said. Those figures had often suggested 2014 had been a boom time thanks to sports events and good weather. Brodie reckons the poor Scottish summer in 2015 (the final part of the Scotmid reporting period) certainly hadn’t helped the country’s retailers.
“Our first four months or so were good, then we definitely found things changed.
“We didn’t claim to get huge benefit from the sporting events last year so we’re not claiming that it is going against us this year. But the weather, given that our half year takes in July, did have an effect.
“From memory the Scottish Retail Consortium showed something like a 4.9% decline in July.
“Against that backdrop we have to be pleased.
The more-or-less retained profit reflected, among other things, improvements in cost control much of which was down to more efficient energy use in the society’s food stores. It had collaborated with Resource Efficient Scotland on a ground-breaking retrofit of its Moredun store, which had gone on to win a number of awards. And it had taken lessons learned and made changes at other stores.
A number of units, including some of its Semichem outlets in Lanarkshire and Ayrshire and one Scotmid store in the Ayrshire town of Stevenson, had become off-sales/c-stores under the Bargain B fascia – in a project testing the market for such franchised stores, which operate south of the border as Conviviality Retail’s Bargain Booze chain.
The name and some other aspects of the Bargain Booze operation have been changed to reflect Scottish alcohol marketing rules.
So how is that going? It’s very early days, he said.
“We’re really just assessing the results and refining the offer.”
And a number stores, including some outlets south of the border, had closed but the six-month report also said that some sites (probably in the Semichem chain) had been kept open after successful negotiations with property landlords.
The new national living wage will present challenges, the society chief acknowledged. It’s working on its strategy but Brodie stressed it was important to realise that there are terms and conditions beyond wage rates that businesses have to consider.
“We have to do what is right for a Scottish-based retailer with small stores and that’s what we are working through,” he said. 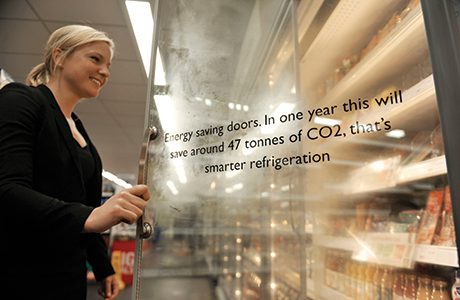