Convenience store sales peak in week between the major holidays

CHRISTMAS starts in October for William Grant and Sons and it certainly doesn’t end on 25 December.
The company, which owns Glenfiddich, Hendrick’s and many other brands, says there’s typically a 9.7% rise in sales each week in the autumn months up to December.
But it also says an increase of £2.5m in sales made the New Year week the highest grossing for spirits sales in convenience stores last year.
And the firm reckons we should look out for some real fizz in sparkling wine sales.
Category manager at the company Faye Oliver said: “This year the fastest growing category in the off-trade is sparkling wine and Champagne, up 16.1%. Stocking beautifully packaged gift options such as Piper-Heidsieck as a festive option should stand you in good stead.”
She added that Grant’s research also identified an 8.2% growth in premium spirits during last year’s Christmas and New Year sales period.
70cl remains the number one selling bottle size, with 47.1% share of the category, the firm says. And that’s especially true in convenience outlets where 70cl accounts for 53% share of sales.
In contrast to grocery multiples, where there has been a resurgence of the 1-litre bottle, smaller bottles sizes are growing in significance in c-stores.
One in five spirit sales in convenience outlets is now a 35cl half bottle, up 6.7% on the year and worth £11m.
And 20cl bottles are also performing well in convenience stores with new launches and general sales growth combining to see sales increase by 11.7%.
With the gift market in mind, William Grant has Tia Maria Grazia tube among its limited editions this year.
Faye Oliver said: “Spirit shoppers spend an average of £16.68 on each convenience store visit compared to an average of £6.39 by other shoppers so it is important to stock big spirit brands such as Glenfiddich, Grant’s, and Three Barrels in order to attract these consumers.” 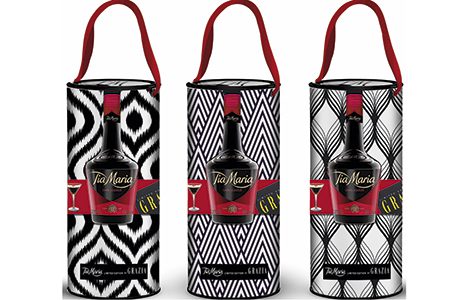