SOFT drinks brand Qcumber is adding a new flavour to its range. Qcumber with Ginger is a blend which the company hopes will set taste-buds tingling.

Following the launch of both original Qcumber and 2014’s Qcumber with Mint, the new flavour will be launched in August. 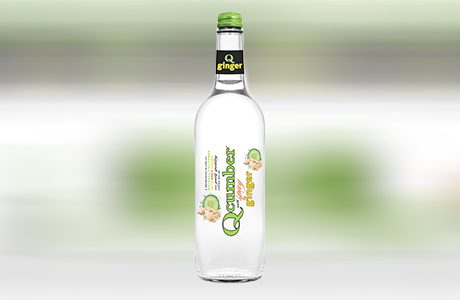 Available in 330ml and 750ml glass bottles, the new Qcumber with Ginger combination is said to be created from natural cucumber essence and lightly sparkling spring water, free from artificial sweeteners, colours, preservatives and flavourings.

As well as being enjoyed as drinks in their own right, the variants are recommended as great mixers, particularly with gin or vodka.

Graham Carr-Smith, creator of the cucumber-flavoured soft drink brand, said: “After the successes achieved in recent years, we thought it was time to spice things up a little and new Qcumber with Ginger is all set to do just that.

“With a hint of lemongrass to ensure that the mouth-feel is spicy, but not ‘hot’, the new flavour really will be a treat for taste-buds.

“Having only launched in 2012, Qcumber has come a very long way in a very short time. The introduction of Qcumber with Ginger marks a new chapter in the brand’s success story.”