Half a century after self-service shops gained a dominant position in food and drink retailing in Britain a new analysis by The Co-operative says that while some things have changed hugely there are signs that modern consumers are rediscovering some of the delights of shopping as their grandparents did.

Back to the future – 50 years of convenience retailing was published by the Co-op late last month, part of a series of studies on retailing in the UK it plans to release, in part to reflect its position as the country’s widest spread retail chain with outlets in every postal district from Shetland to the Scilly Isles. 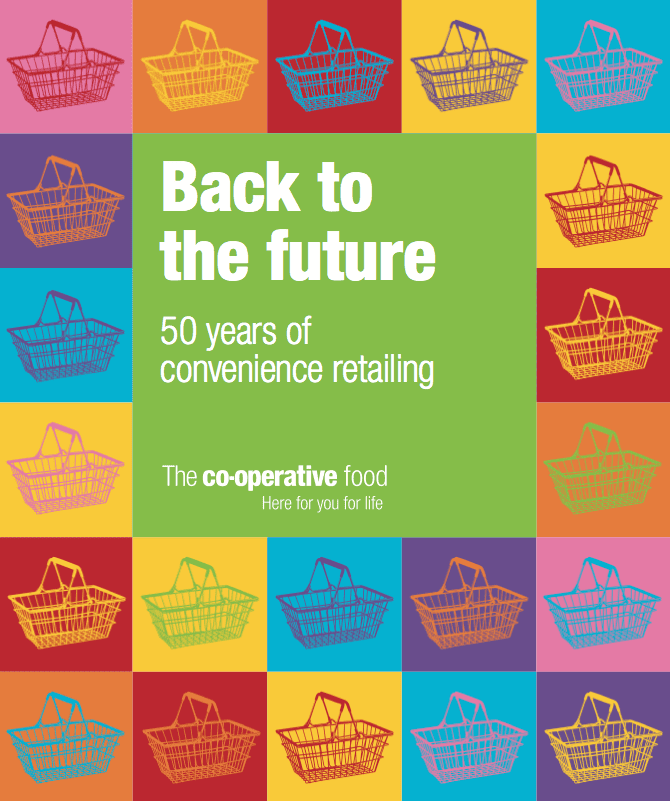 While the Co-op opened its first self-service store in the middle of the Second World War, in 1942, the idea took quite a long time to catch on and it wasn’t until 1965  that more than half of all grocery shops had gone self-serve.

At that point, in 1965, consumers spent, on average some 23% of their income on food. Currently, according to the Office for National Statistics, the average weekly spend on food and drink is just under £59 or 11% of weekly expenditure.

In the intervening period there was a trend towards shopping in larger supermarkets and hypermarkets but the Co-op report says that has now well and truly changed and in some ways today’s shoppers are embracing some of the shopping behaviours of 1965.

Back in the mid sixties food and drink shopping was largely carried out by women and one in three women shopped every day of the week.

While now only 3% of shoppers are said to shop for food every day some 35% shop for food several times a week and just under half say they no longer do a big food shopping trip each week.

In 1965  only one in five shoppers carried a shopping list. In 2015 only 19% (just about one in five), plan meals for the week and some 31% (almost one on three) say they decide what to eat on the day of consumption.

But if some things are similar the report says other things are very different from 50 years ago.

Beer, wines and spirits are in much wider distribution, self-service has grown to include self-scanning in some stores. Payment services, ATMs and other facilities  have been introduced. Global sourcing has diminished seasonality in food and drink. And health and ethical issues have become important.