THERE’S one word that comes up time and again when shop owner Jagtar Lalli speaks about his store – “theatre”.

When his family purchased the shop in the seaside town of Saltcoats in 2006, it was very small and old fashioned with a fairly typical convenience offer. That all changed last year after an extensive refurbishment that saw it triple in size to reach  2,500 sq ft – providing ample space for what Jagtar had in mind.

“We always knew what we wanted to do,” he said. “It took us five or six years of development to get the plans right, but we knew that we wanted a bigger, open area to be able to display things properly.

“When a customer walks into the shop I wanted them to see something different. I wanted a higher standard. I think that’s what we’ve achieved.”

Confectionery plays a significant role in the store. On entering through the front door, customers have a choice of whether to go left, passing the main confectionery run opposite the counter, or right, via promotional end bays stocked with seasonal or cut-price sweets and chocolates. Down the next aisle, boxed chocolates, multi-packs and bagged confectionery are smartly laid out in their own sections.

All top lines are double-faced and enhanced by point-of-sale dividers, dump bins and hod units. All are intended  to grab attention. 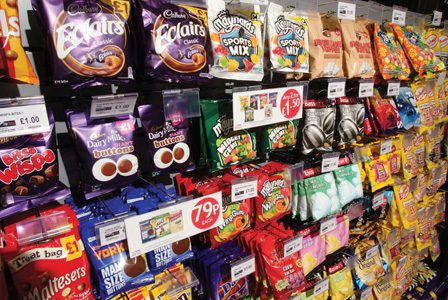 “I’m really happy with the way the confectionery is laid out. Since we opened I’d say it’s increased in size by about 30% and is increasing all the time,” said Jagtar.

“Having the floor space has increased our sense of theatre. You can really show something off to get it to sell. It’s not just shoving stuff onto the shelf with a ticket on it. At Christmas we had the Cadbury’s train display unit for their seasonal products. It’s basically a train engine at the front with dump bins for carriages at the back. It worked well and we found it sold a lot more.

“We never used to sell Easter eggs. We had them, but because we didn’t have the space to properly display them, we couldn’t create that theatre and they didn’t sell. But now we can put them in our front bay they’ve done really well. We’ve also got deals on the smaller eggs in our dump bins, through the reps.” 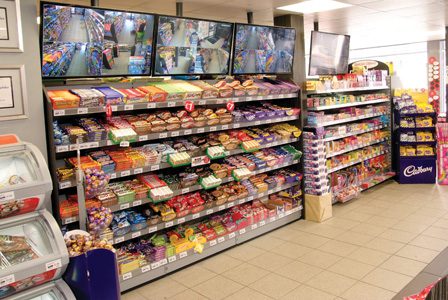 Jagtar has worked closely with his confectionery sales reps to find the fixtures that work best for his store and customers, and paid careful attention to their advice.

“The reason I ask the reps is because this is what they’re trained to do. I don’t have any training in this. I just lift the shutters and try to sell stuff.

“They’re the ones who know what they’re talking about and I do listen to what they say. When they tell us what to do with a section we stick to that plan. We won’t change it till the next time they come in.” 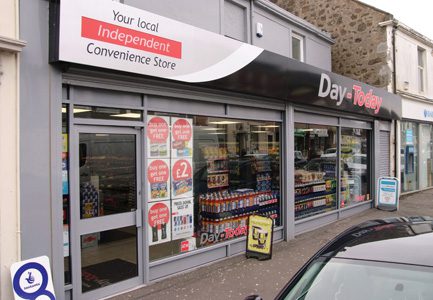 Even so, Jagtar doesn’t like to leave things in his shop sitting the same way for too long.

“It’s always best to be changing things rather than letting them get stale. I’m not talking about drastic changes, just little things here and there. It keeps the customers looking out for new things as well.”

Maintaining the interest of customers is important in a town like Saltcoats, which is saturated with competitors, including the likes of Sainsbury’s, Lidl, Iceland and Farmfoods all within walking distance and Asda, Morrisons and Tesco just minutes away by car. But Jagtar is confident his store can hold its own.

“We focus on customer service first of all,” he said. “Our staff know a lot of their customers by first name, they know how to really communicate with them. They run the shop as if it’s their own.”

He is also fiercely competitive on price, checking the price of his own goods against the supermarkets and offering as many deals as he can, for as long as he can.

“It would be great to sit there with no deals, selling everything for high margins, no need to buy in bulk, but it just doesn’t work that way anymore,” he said.

“I do speak to shopkeepers who tell me I’m mad for selling some things for the prices I do. If I’m mad then I’m mad, but when people come in for this stuff we’re counting on them picking something else up as well. I’m losing 12 to 15 pence on every loaf of bread I sell. On milk I’m losing money. You don’t want to be losing. That’s where you’ve got to be a wee bit clever and think where you can get the extra margin here and there. We look at things that RRP at 60p but we can sell it at 80p and still get away with it, like sweets.

“That’s why I don’t really bother with PMPs in confectionery, except the hanging bags. You have to cover yourself somewhere. And you have to buy in bulk. That doesn’t mean buying in palettes. Instead of buying two cases of a product I might by 10 or 15. But I’ll put 15 cases out and it’ll look nice and be more eye-catching than just one case. You arrange it in a way that looks very appealing to a customer when they walk by, that makes them want to pick it up.

“It is a competitive market, but if you can understand what the customer wants, why they’re going to cheaper places, what they have that you don’t, I think you can still be very successful.”