Retailer Iain Wilson gives his thoughts about what students are looking for from their local shop –and how to reach them.

THE University of Dundee is just a short walk from Nisa Extra in the city’s Perth Road.

Owner Iain Wilson reckons around a third of the sales that go through his tills are down to local students, so it’s important, he says, to keep track of the products they like – but not always easy. 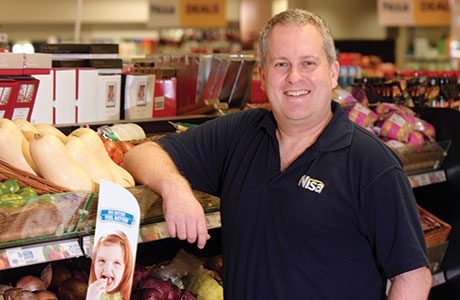 “The thing is, every year you get the new influx of first years, which is when the new fad changes,” he said. “So stocking up is a bit of a guessing game, because you don’t know what that year’s big thing is going to be.

“Things like Sourz or Dragon Soop might be big trendy items in our area this year, but next year it could be something like WKD. It’s the same with beer or wines. You can always guarantee though, that if you’ve got a selection of cheap wine that will go. There’s no doubt about that.

“With spirits they can be really quite specific about the brands they like.  Year to year it can chop and change, but if you’ve got a really good deal on they will pick it up.”

On the grocery side of the business, quick and easy options like pizzas are huge sellers, but fresh, healthy ingredients for home-cooked meals, especially if packaged well, can also be very popular.

“I actually think that students are possibly becoming a bit more educated about cooking and thoughtful about what they eat. We still sell a lot of Pot Noodles, but a lot of the students we talk to are now very knowledgeable about the fruit and veg they like and what they can do with it.

“And when you look at the sort of meats we do, we’re selling an enormous amount of chicken breasts and the sauces that go with that.

“We do what we can to encourage them to cook from scratch, with meal deals that include recipe cards and things like our lentil soup bags, which include all the ingredients and a recipe on pack to make enough soup to feed four people.”

These offers and others are promoted through Facebook and at least one event as part of Freshers’ Week.

“We also do stuff in-store like karaoke and bands playing live, specifically to get ourselves known to the new young students who are moving in to the area,” said Iain.

“Its worth doing, because if you get them into the store, you give them what they want and they think you’re good value for that first year, you could have them for four.”