AFTER a January when food had provided the best results in continuing tough times for retail sales the situation was reversed in February.

While non-food sales were down 0.5% on the previous year, in the Scottish Retail Consortium / KPMG Scottish Retail Sales Monitor, that was the best result since October last year. 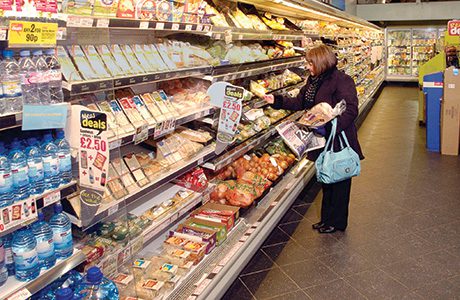 But food sales struggled. The survey showed total food sales in  February in Scotland were down 2.6% year on year. And like-for-like food sales, which strip out results from those stores that begin or cease trading during the period, dropped by 3.4%.

“Food sales, however, continued to struggle as any discernible recovery in household incomes, aided by lower interest rates and falling fuel prices, did little to translate into growth at shop tills.

“A range of factors are at play, with additional disposable income being directed at either non-food spending or towards other leisure pursuits such as eating out, whilst fierce competition between the large multiple grocery retailers continues to impact sales values.

“It is a great time to be a consumer with the cost of groceries declining at an unprecedented rate,” he said.