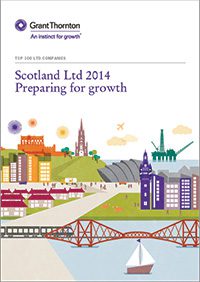 RETAIL and wholesale proved one of the most significant categories in the Scottish economy last year.
That was one of the findings of Scotland Ltd, a report into the country’s top 100 limited companies, produced by accountants Grant Thornton and published recently. It was the first time the firm has analysed, grouped and reported on the country’s limited companies and its findings were largely positive.
Retail and wholesale’s performance was especially good given the pressures in recent years on consumer spending. But margins achieved by the companies remain tight. 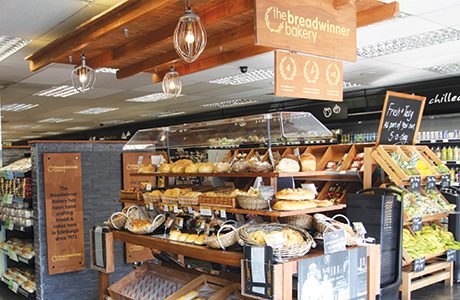 The report identifies the biggest limited companies in the country, then groups them by sector. Food and drink play a major role. There are 21 firms in retail and wholesale (including food and drink and other goods), while another 21 are in food and drink production and hospitality, in a sector the report calls “food, beverage and leisure”. Food-related firms include Scottish Midland Co-operative Society (at number 20 in the top 100) and United Wholesale Scotland (the top-rated wholesaler, which also operates the Day-Today symbol group, at number 27).
Three more wholesalers, C&J Laing (31), JW Filshill (48) and United Holdings UK (52) also have retail operations through managed or symbol stores.
Vishal Chopra, Grant Thornton’s tax director, told Scottish Grocer: “It’s striking that retail and wholesale has such a significant role in this year’s Top 100, despite the recent economic downturn which hit consumer spending and damaged the sector.
“Although margins continue to be under pressure, it’s clear that Scotland’s retail and wholesale industry is reaping the benefits of taking an entrepreneurial, dynamic approach during tougher times.”
The squeeze on margins is shown in the report: across the whole of retail and wholesale, turnover increased by 5% in 2014, while operating profit was down by 34%. For wholesalers alone, the profit drop was 9%, reflecting the fact that margins were already extremely tight.
“Operating profit is falling, which reflects the pressure on margins in a lot of these businesses. The top line is going up but it’s not following all the way through to profit level. It’s a competitive world and pricing pressure leads straight into the margin, so we have seen profitability fall,” Chopra said.
But he said in general the limited companies on the list are now benefiting from changes to property portfolios and business models made during the recession.