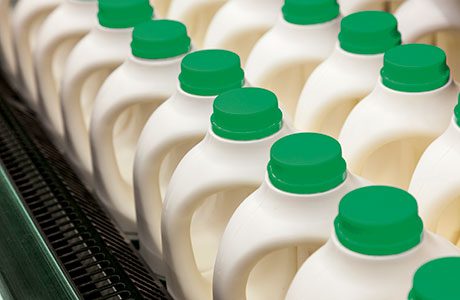 A few years ago newspapers carried the story that discounted beer prices in the main supermarkets meant that the drink was in some cases cheaper than the bottled water being sold elsewhere in the stores. Now they’re saying the same about milk.
Dairy farmers are currently  facing  serious challenges but the milk price makes life difficult for c-store operators too.
It remains to be seen how low the price of milk can go but in the face of such competition it seems imperative that independent stores maintain  the best offer that they can on milk.
That could include some lines (perhaps in metric packs) at competitive price points, including the all important £1.
But perhaps even more important than before are all the other essentials of convenience milk retailing.
Ensuring adequate availability at all times, and being known for it, can give an independent an advantage over discounters who might have bare shelves late in the trading day.
Good supplies of pack sizes that suit small households, and where price discounting isn’t quite so fierce,  plus promotion of locally supplied milk could also help retain customer loyalty.
Promotion of single-serve sizes in food-go-chillers could also help to maintain interest in milk in independent stores.
And flavoured milks, see pages 82 and 84, are said by their producers to be increasingly popular with adults as well as children.