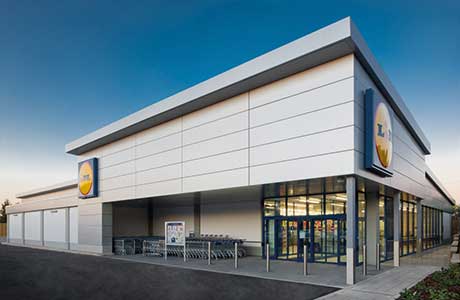 Discounter says news reports of small shops are off the mark

NATIONAL newspaper reports suggesting low-priced grocery chain Lidl plans to open convenience stores have been rebuffed by the discounter.
The Daily Mail claimed: “Aldi and Lidl are to carpet Britain with dozens of smaller convenience outlets.”
And The Independent said the two main discounters had revealed that they both plan on opening their own high street convenience stores.
But Lidl told Scottish Grocer there was no such plan. It already has some stores which are slightly smaller than its standard units but it had no intention of opening c-store sized units.
“We are continuously exploring opportunities for new Lidl stores across the UK as part of our ongoing expansion programme,” a spokesperson said.
Some sites that it had identified, including the site in north London’s Kentish Town Road at the centre of the news reports, suit a ‘high street’ format, it acknowledged.
“However convenience stores are not a focal part of our expansion strategy,” the spokesperson added.