AS 2014 has drawn to an end some fascinating and encouraging findings from specialist convenience channel market analyst HIM Research & Consulting suggested that while the economy remained tough things could very well be looking up for c-stores, especially c-stores in Scotland.
In summary more customers appear willing to make significant shopping visits to c-stores and put bigger loads in their shopping baskets.
Spring and summer trends suggested that consumers had increased their use of c-stores for substantial top-up shopping.
And from shopper answers to researchers’ questions it wasn’t just a case of replacing items that had run out. Consumers appear to be planning bigger c-store shopping trips to achieve a more structured top up as they attempt to limit the amounts they spend, and the goods they might eventually waste, on major supermarket shopping trips. 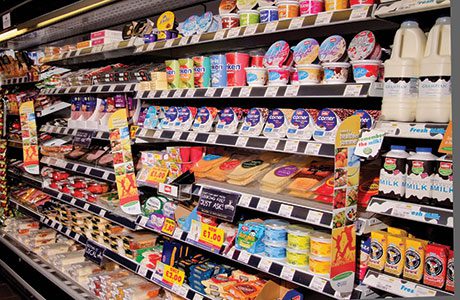 North of the border, the HIM research (part of its comprehensive Convenience Tracking Programme) found the percentage of c-store shoppers who were on a top-up mission increased sharply from 29% in spring 2013 to 34% in spring 2014. Planned top-up rose from 16% to 22%. In summer the percentage on top-up missions in Scotland was 45% this year and 33% of shoppers were on planned top-up visits.
And importantly the HIM CTP research found that the growth in top-up visits in Scotland was driven by purchases of fresh and chilled foods. The percentage buying chilled foods in summer 2014 was 31% compared to just 12% in spring 2013. The percentage buying fresh fruit and veg was just 4% in spring 2013. That rose to 6% in spring this year and to 10% this summer.
The figures suggest two things. One, that there might now be some considerable momentum behind increasing sales of fresh and chilled foods. And, two, that there is still plenty to be played for.
While, in the past, some c-stores certainly worried about controlling waste in fresh and chilled it’s beginning to look as if having a decent offer on fresh produce will become increasingly necessary.
As the public looks more and more for services that provide what they need, quickly and close to home, fresh and chilled foods are likely to be items that differentiate shops in consumers’ eyes.
And those with good offerings on fresh and chilled foods are more likely to be considered shops to be visited regularly.
So in 2015 retailers with an interest in building good local consumer appreciation for the long-term might do well to consider boosting fresh and chilled.
It could mean making investment in up-to-date chillers. But refrigeration specialists say that retailers are increasingly becoming aware that the quality and cost efficiency of the latest models means they begin paying for themselves very quickly.
Retailers will have to work out their best sources for fresh and chilled foods but symbol operations and wholesalers have made significant improvements recently.
For profit-seeking retailers, 2015 could be the year to make a fresh start.