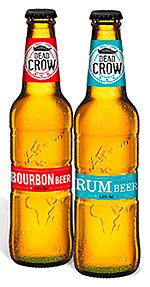 DEAD Crow, SHS Drinks’ spirit-flavoured beer brand, has been named as the official beer sponsor at next year’s NME Awards with Austin, Texas as part of a nine-month partnership deal designed to establish the brand with 18 to 25-year-old consumers.

The bourbon-flavoured and rum-flavoured Dead Crow beers will be promoted throughout the six-month series of NME Basement Sessions, climaxing with the awards ceremony at London’s O2 Academy Brixton.
An on-pack competition to win tickets will run in autumn.