Coffee shops, forecourts and high street bakeries have the lion’s share of food-to-go business with the multiples also grabbing their share. 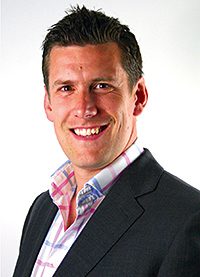 Market research firm and consumer purchasing behaviour analyst Kantar Worldpanel is known for its unrivalled data collection on shopping that consumers take home.
Soon there will be a mobile app available to its consumer sample that will further develop the firm’s ability to capture purchasing and usage data in product categories such as food to go.
Kantar’s data to date shows that food to go is very strong in forecourt stores and that almost three in 10 shoppers in Scotland buy food to go in independent stores.
But it also looks as if there’s more food-to-go revenue available to independents if they can match the growth of food-to-go sales in multiple grocers.
Kantar Worldpanel business unit director, Mark Thomson, pictured, told SG more.

THE practice of eating a meal with a knife and fork, while sitting at a table and asking the person opposite about their day, has been in decline for years. Today consumers are increasingly ready to grab a snack, a sandwich, a breakfast biscuit or a sachet of porridge to make in a mug.

Some argue that’s bad news for family cohesion. But it presents a rich opportunity for retailers who can supply the food and drinks to keep all those busy folks fed and watered while they are on the move.
According to Kantar Worldpanel, total food to go across GB is now worth £21bn and growing at 4.1% a year. The market in Scotland is now worth £1.9bn, and growing faster than the rest of GB – at 5%.
That means that Scots are catching up with the rest of GB even if they remain a little behind the average when it comes to food-to-go spending. Across the whole of Great Britain the average individual spends £437 on food to go through the year. Here in Scotland, at the moment, we spend £428 each on average.
So, which products are most important to food-to-go sales?
The coffee revolution, which has led to everything from cars to prams having space for a takeaway cup, has helped ensure that the biggest food-to-go sub-category is hot drinks, which accounts for 38% of spending.
That’s followed by sandwiches (at 21%), cakes and pastries (13%), soft drinks (9%) and chocolate (5%).
Our national sweet tooth makes a difference here: Individuals in Scotland are 30% more likely to spend their money on cakes and pastries, and they are also 10% more likely to purchase soft drinks out of home.
Coffee shops and cafés soak up the biggest fraction of food-to-go business, selling a quarter of all food to go in Scotland. That’s slightly ahead of their share in total GB.
Next come bakers, a group of businesses that includes well-known high street brands such as Greggs. It’s another channel that over-trades in Scotland and accounts for 19% of food-to-go spending north of the border.
Coming up behind them are multiple grocers (large stores and c-store sized outlets), currently the fastest-growing channel in Scotland based on overall shopper spend. Multiples’ food-to-go sales are growing by 13% and they now take 9% of all money spent.
And some of the big names of branded food to go, the Subways and Costas of the world, appear to be doing well, sometimes when offered in partnership with established businesses.
Kantar Worldpanel’s business unit director, Mark Thomson, said: “There’s evidence that branded franchises within bakery are out-performing the market in Scotland in particular.”
But according to Kantar independents, not including forecourts, are showing decline in Scotland year on year in food-to-go sales.
That can be explained largely by the fact that while a significant share of the population, 33%, in Scotland purchases food to go in independents, the figure is 48% for coffee shops.
And on the average food-to-go shopping trip at an independent in Scotland, the shopper spend is £1.65.
That’s considerably less than the £1.94 in forecourts and £3.93 in coffee shops.