PRODUCTIVITY and efficiency improvements helped Glasgow-based independent wholesaler, and owner of the KeyStore convenience store brand, JW Filshill maintain gross profit and increase pre-tax profit despite a decrease in turnover in the year to the end of January.

In what it said had been a “highly competitive and challenging retail marketplace” the firm achieved turnover of £158m. That was down 4.2% on the previous year, a performance Filshill views as in line with the rest of the retail sector in the UK.
However, despite the slip in turnover, gross profit, at £10.2m, was static year on year.
And pre-tax profit almost trebled, up from £272,000 in the year to January 2013 to £800,000 this year.
The company, one of Scotland’s oldest independent food and drink wholesalers, ramped up investments in technology that saw development of its website, EPOS systems and other digital facilities.
Operating costs were reduced by £400,000, largely as a result of efficiency improvements. 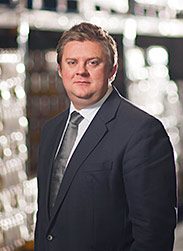 Simon Hannah, managing director of JW Filshill, described the results as satisfactory given that the convenience retail sector continues to come under pressure from major supermarket brands and discounters.
“The independent retail trade remains highly competitive and challenging, and we seek to manage the principal risk of losing customers by offering strong promotions and wide-ranging advice and support for retailers,” he said.
“This includes store layouts and planograms, consumer leaflets, digital social media solutions and free on-loan EPOS till installations as well as credit facilities.
“We have also continued to work closely with our customers to provide ongoing service support and expert advice on all aspects of retail development.”
Hannah said Filshill is also making changes to its stocking strategy to reduce operating costs further.
And he remains positive about the position of c-stores despite the commercial pressures they currently face.
As convenience store operators become smarter at giving people more reasons to shop locally, the sector is proving that it can stand up to competition from the multiples, he suggested. “Our sector’s trump card is the high level of customer service that the big supermarkets struggle to provide.
“Small stores are very much at the heart of their communities and by adding more value, adhering to high standards in-store and pushing boundaries when it comes to customer service they have a very clear point of difference.”