RYO tobacco accessories firm Republic Technologies stepped up to the oche in the spring when it announced that its recently launched Swan Ultra Slim filter product had become an official partner of the Professional Darts Corporation (PDC) for 2014.
The partnership involves Swan Ultra Slim filters being promoted at some of the world’s biggest darts events – including the recently completed Premier League, said to be the biggest indoor sporting event in the UK, the World Matchplay, to be held in July, which features the world’s best 32 players, and The Masters, which involves the top 16 players in the world and will be held in November.
The brand has already featured event tickets in an on-pack competition. 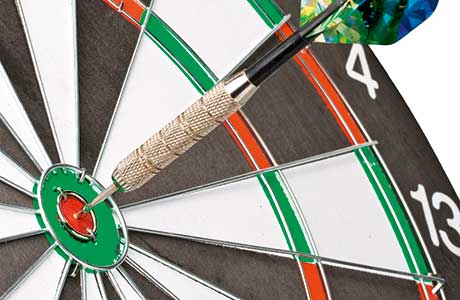