Chocolate comes in an almost bewildering and widening range of shapes and forms, and in a variety of pack styles and sizes. But for some companies – including giants of the mainstream market as well as small, specialist suppliers – some of the most exciting recent innovation has come with developments of traditional chocolate bars, blocks and tablets. 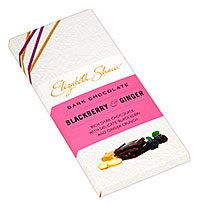 TODAY’S chocolate consumers are keen and adventurous but also a picky lot, apparently. They want top-quality chocolate at value-for-money prices in a variety of forms and packs, from sharing bags to gift boxes, from multipacks to competitively priced blocks and exotically flavoured tablets.
In recent times sharing-sized bags have proved one of the fastest-growing types of chocolate line. But moulded bars of chocolate, especially large tablets, have also been doing well.
It’s a trend that has been noted and addressed by major chocolate manufacturers, confectionery wholesalers and specialist suppliers.
Karen Crawford, MD of chocolate specialist Elizabeth Shaw, said: “Offering value for money remains a key consideration.
“Moulded bars have driven overall chocolate category growth during last year due to strong innovation in the sector – including new launches such as Cadbury Dairy Milk’s Marvellous Creations and Maltesers’ move into the bar arena with Maltesers Teasers.
“Market consolidation has also meant new and exciting brand partnerships such as Cadbury Dairy Milk with Oreo, and Cadbury Dairy Milk and Ritz Crackers.
But premium brands and premium own-brand ranges have been adding new flavours and have increased their original ranges, she said.
“Innovation is a key driver to growth within moulded bars. New flavour combinations and textures are tempting experimentation. Mass market and premium brands alike are launching enticing new flavours, such as our Elizabeth Shaw Blackberry and Ginger bar.
“According to retailers, convenience is set to grow as consumers shop smaller, more frequent baskets. Retailers should take the opportunity for a differentiated offer through smaller, premium brands such as Elizabeth Shaw,” she argued.
Fairtrade chocolate producer Divine says it has certainly seen significant consumer appetite for new and interesting flavours in its 100g bars.
But the company, which is a long-standing Fairtrade chocolate provider, owned in part by Ghanaian cocoa growers who produce its key ingredient, argues that while many other chocolate brands are introducing what it sees as “gimmicky” flavours, it is producing what it describes as “more considered” combinations, which it reckons are capturing consumer attention. It says both its 37% milk chocolate bar with toffee and sea salt, and its 70% dark chocolate bar with mango & coconut are doing well.
Brand-owning giant Mondelez International has followed up on its development of its Cadbury Dairy Milk Marvellous Creations range of chocolate bars by adding a new line to the list, Banana Caramel Crisp.
The new Marvellous Creation bar combines Cadbury Dairy Milk chocolate, banana candy, caramel cubes and crispy pieces in a 200g tablet bar as well as a 47g single-serve, countline size.
The company argues the new bar should gain new sales and encourage more consumers to try products in what it sees as an important new sub-category of the chocolate market.