SCOTLAND’S wholesale and cash and carry scene looks set to become even more competitive in the weeks to come.
Glasgow-based United Wholesale Scotland says it’s on track to complete the major expansion of its Maxwell Road depot in Glasgow’s South Side.
The project will see beers, wines and spirits added to the Maxwell Road portfolio.
And UWS managing director Asim Sarwar told Scottish Grocer he expects the development will add £30m to depot turnover.
“We’re doubling in size. And we know that 85% of customers at Maxwell Road sell licensed products.
“The depot is already the busiest in the UK even without beers wines and spirits. It’s the busiest depot for Gallaher cigarettes and the busiest for Warburtons bread.
“We’ve already begun marketing activity but that will intensify as we get closer to the opening in around eight weeks. Everything is in place but we’re keeping it under wraps just now. But Glasgow will never be the same I can assure you of that.”
The development is one of a series that will also see United Wholesale open a new depot later this year in Newbridge in Edinburgh.
But it could be about to face a new competitor in Glasgow too.
Many wholesale industry observers have expected the Bestway Group which has been expanding in Scotland in recent years thorough its Batleys and Bellevue depots, to purchase the Glasgow wholesale business of Sher Brothers. 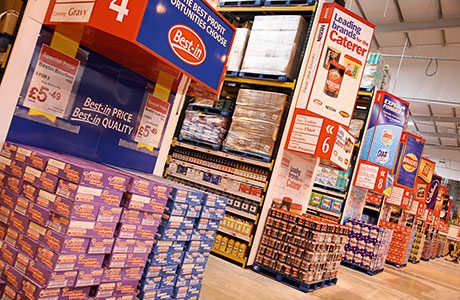 Although Bestway would not confirm a purchase as this issue of Scottish Grocer went to press, some industry insiders suggested a deal was close.
If it does occur it will add a Glasgow city presence to the group, which already has depots in Edinburgh, and outside Glasgow as well as in Aberdeen, Dundee, Stirling and Perth.
The busy Glasgow wholesale scene has a number of other major players including Booker, which also now has a large Makro site close to the city, United Wholesale Grocers, JW Filshill and others including specialist wholesalers such as the confectionery supplier Hancocks.