SCOTLAND’S Speciality Food Show 2014 has announced the winners of its annual Best Product Awards held at its event earlier this year.

The show, which ran at the SECC in Glasgow at the end of January, attracted more than 4,000 visitors over three days.
Emma Niven of Loch Leven’s Larder, Pete Jackson, owner of Earthy Food Market and Restaurant, and Scottish Grocer editor Patrick Duffy, judged fine food entries on the first day of the Show.
Chilled and frozen entrant Peelham Farm took the top prize for its air-dried ham, while Mr C’s Handcrafted Pies was runner up with its pork and chorizo pie.
Godminster’s organic vintage cheese and Mo’s Cookie Dough’s chocolate chip cookie dough were both highly commended.
In the drinks category, The Wee Tea Company won with its range of loose leaf teas. Supernatural was runner up with its real natural fruit drink.
Raisthorpe Manor was highly commended for its sloe liqueur made with port, as was Miss Integritea for its Scottish sleep tea.
In the confectionery, biscuits and snacks category, the winner was Your Piece Baking Company for its handmade oatmeal oatcakes with seeds. Runner up was Barony Mills with its Bere meal.
Highly commended went to Cocoa Mountain for its milk chocolate and curly nibs and Considerati Chocolate for its orange chocolate truffle bar.
For the condiments and preserves section, the top prize went to Little Doone for its sweet raspberry balsamic dressing, while runner up was Cullisse for its Highland rapeseed oil.
Sarah Gray’s handmade raspberry jam was highly commended, as was Bread Tree for its Dynamite Chilli Sauce. 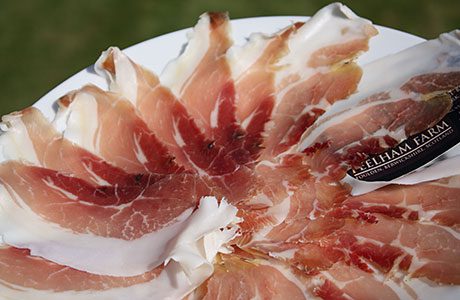 A new season-long food festival in Orkney, designed to celebrate and reward local producers is planned to kick off soon.
The event is expected to launch at the end of this month, and will run for several months.
The idea is that Orkney residents and visitors to the islands will be able to vote for their favourite food, drink or business ahead of a gala awards event later in the year.
The festival is being organised by Orkney Food and Drink, an umbrella group representing a number of producers in the area who appeared at Scotland’s Speciality Food Show in January.
It will be supported by Highlands and Islands Enterprise, Orkney Islands Council and the LEADER programme.