LET’S face it, Andy Murray and some Champions League nights apart, 2013 was a quiet year for the kind of sports events that help the beer move out of retailers’ chillers.

The same can’t be said about 2014. So, what are some of the big events to be aware of in this big sporting year?
• This month (6-23 February) it’s the Sochi Winter Olympics. The BBC is broadcasting and streaming 650 hours of events coverage. The very photogenic classical violinist Vanessa Mae might be skiing for Thailand and Jamaica is back in the bobsleigh.
• The Champions League knock-out stages (with no Scottish representation this year) runs through February, March, April and May. Manchester City v Barcelona and Bayern v Arsenal could draw big armchair crowds this month.
• Wimbledon, and the return of the hero, runs in the last week of June and first week of July.
• The World Cup in Brazil. No Scotland, and England got a very tough draw, but good TV times for the global football festival from 12 June to 13 July.
• The Commonwealth Games. Just one of the hugely significant sporting events being held in Scotland this year. The Scottish connection should hopefully add to the Caledonian big-night -in movement during the games, which run from 23 July to 3 August.
• And last but certainly not least the Ryder Cup, the world’s most important matchplay golf tournament, which has seen just a wee bit of friendly rivalry build up between Europe and the US over the years. Live from Gleneagles 23 – 28 September. 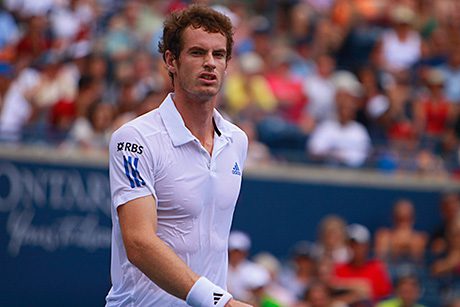