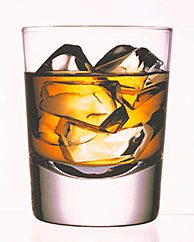 FOR many Scots 2014 was always going to be a big year.

The 700th anniversary of the battle of Bannockburn occurs in June and there’s the little matter of a referendum on independence that will be held in September.
But the eyes of the sporting world will also be on Caledonia when Glasgow hosts the Commonwealth Games and Gleneagles welcomes the giants of golf as they line up to contest the Ryder Cup for 2014.
And just for good measure the entire 12-month period has been designated a year of homecoming.
But, even before such a big year for events, Scottish food and drink had been growing in importance in its home market, in the rest of the UK and internationally.
As our Scottish brands review, published in association with Kantar Worldpanel in the last issue of Scottish Grocer, showed Scottish food and drink brands are doing well north of the border. Kantar Worldpanel business unit director Mark Thomson said: “Overall, sales of Scottish brands in Scotland grew by 3.2% over the year and now represent around 5% of total grocery sales in Scotland.
“In the big four supermarkets, sales of Scottish brands are growing at 7.6% versus growth in overall grocery sales of 4.2%”
If 5% doesn’t sound like a huge proportion of overall grocery sales it’s important to note that the Scottish success stories are concentrated in a relatively small number of categories including meat and meat products, milk and dairy products, bread bakery and biscuits and, of course, Scotch whisky. So today, as we approach the Scottish celebratory event of Burns Night we look at the latest on Scottish products and how they’re doing at home.