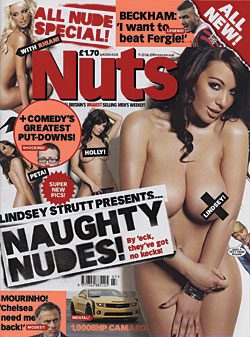 THE Co-operative Retail Trading Group has told publishers of lads’ mags to put them in sealed modesty bags or face them being withdrawn from sale in over 4,000 Co-operative stores.
The move by all Co-operative societies, including The Co-operative Group, which is one of the UK’s largest magazine retailers, followed the introduction of opaque screens on Co-operative supermarket shelves to be used until the publishers provide the bags. Publishers of Front, Loaded, Nuts and Zoo have been given until 9 September to deliver the magazines in pre-sealed bags.
”Steve Murrells, chief executive, retail for the Co-operative Group, said: “As a community-based retailer we have listened to the concerns of our customers and members, many of whom say they object to their children being able to see overt sexual images in our stores.”