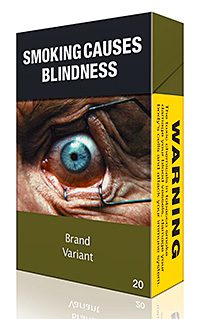 THE Scottish Government has stepped up its battle against smoking by backing mandatory standardised packaging of tobacco products as part of a strategy designed to virtually wipe out tobacco consumption in the country by 2034.

Proposals to introduce a system of plain packs, where all tobacco products would be sold in standardised packaging – likely to include graphic health warnings with brand names restricted to small type in a common font – are currently under consideration by the UK Government, following a consultation exercise.
But at the launch of the latest update to its tobacco control strategy, carried out by Holyrood public health minister Michael Matheson last month, the Scottish Government said it wanted Scotland to be tobacco-free (which it defined as fewer than 5% of the population using tobacco) and made it clear it supported the packaging move.
“Following careful consideration of the consultation responses and the available evidence, the Scottish Government has come to the view that standardised packaging has a key role to play in achieving our vision of a tobacco-free generation,” the strategy document said.
“We need to continue to promote the shift in social attitudes so that choosing not to smoke is the normal thing no matter who you are or where you live. Continuing to reduce the attractiveness of tobacco, particularly to young people, is an important part of this.”
A tobacco display ban in supermarkets will be introduced later this month and in other stores in two years.
But despite newspaper stories that it intended to introduce plain packs, the Edinburgh administration will have to wait for Westminster’s decision before plotting the future of tobacco packaging.
Critics of standardised packaging reiterated their concerns that plain packs would do little or nothing to dissuade smokers but would make life easier for illicit tobacco traders including counterfeiters. 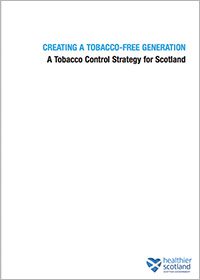 Simon Clark, director of the smokers’ group Forest which runs the Hands Off Our Packs campaign, said: “We support all reasonable measures, including education, that will discourage children from smoking.
“Plain packaging is unreasonable because there is no credible evidence that it will have any impact on youth smoking rates.
“There is a real risk that standardised packaging, like excessive taxation, will encourage illicit trade and if that happens those at greatest risk will be children because criminal gangs don’t care who they sell cigarettes to.
“Plain packaging is designed to denormalise a legal product and millions of adult consumers.”
Jorge da Motta, managing director in the UK of tobacco firm JTI said: “The UK Department of Health has yet to publish the findings of its consultation and has recently stated that no decision has been made on this issue.
“Plain packaging would not have any public health benefits and would hit Scotland’s 5800 law-abiding independent retailers the hardest.
“Plain packaging proposals will provide a step-by-step guide for the counterfeiting of legitimate products, and make it even less expensive to copy them; the biggest winners in Scotland would be international criminal gangs.”

Images – The Scottish Government has come out in favour of standardised packaging for tobacco products. The final decision, however, will lie with the UK Government.