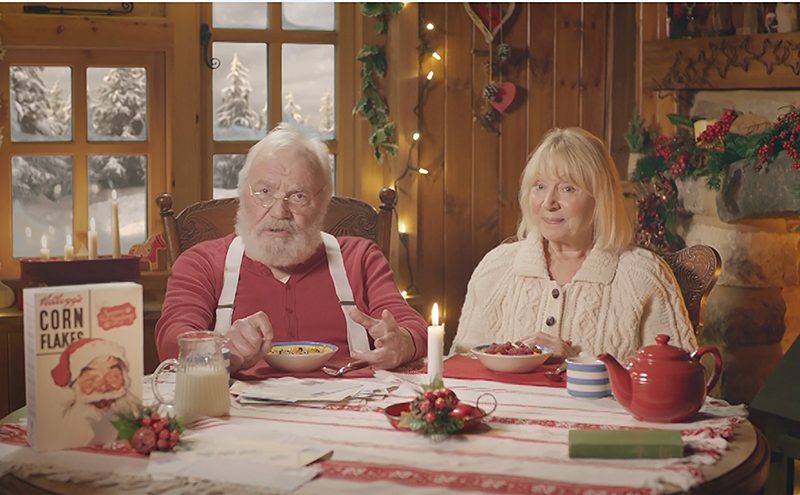 KELLOGG’S has thrown its hat into this year’s battle of the Christmas ads – asking Mr and Mrs Claus how they eat their Kellogg’s Corn Flakes.

As part of the #MyPerfectBowl campaign, which asked the UK and Ireland to describe their perfect bowl of Corn Flakes, Kellogg’s has visited Santa and his elves for its new TV ad to ask the all-important question.

Father Christmas, it turns out, likes his with cold milk, a sprinkle of orange zest and a dash of cinnamon.