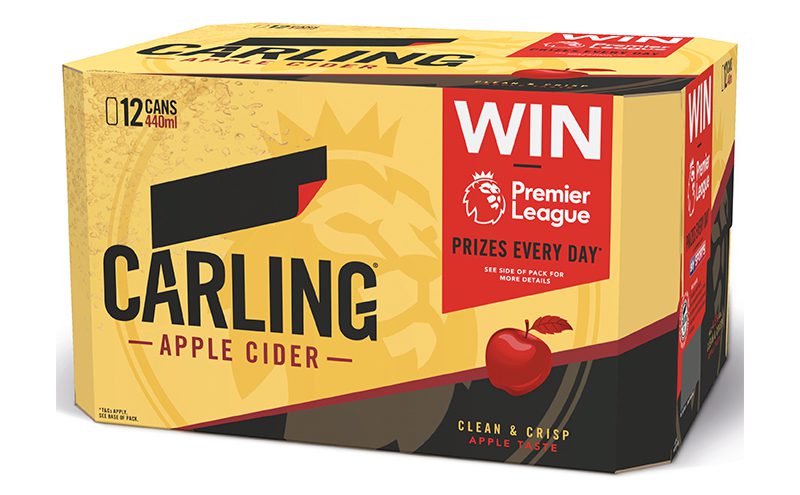 BEER and cider drinkers are in with the chance to catch some live Premier League action thanks to the latest on-pack promotion from Carling.

The brand has launched a new promotion giving consumers the chance to win an array of Premier League prizes, including the trophy itself.

Working in partnership with the Premier League and Sky Sports, the ‘Win The League’ campaign will give consumers the chance to take the Premier League trophy back to their home, workplace or even their local grassroots football club.