Red Bull has added some summer flavour to its energy drink range with the roll-out of limited-edition Kiwi-Apple. 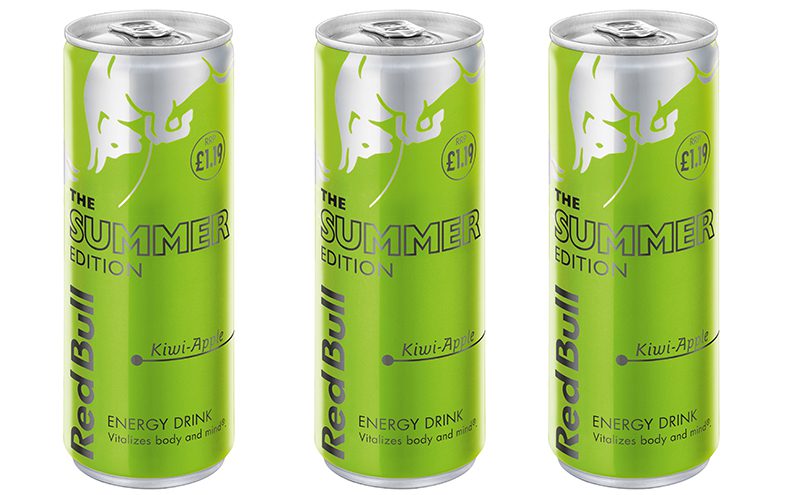 The Summer Edition Red Bull is an extension of the brand’s existing Editions range and is the first flavour to be released on a limited run, with only 2m cans set to be released.
Red Bull Summer Edition is available in both 250ml plain and £1.19 price-marked packs.
Gavin Lissimore, head of category marketing at Red Bull, said: “The Summer Edition Kiwi-Apple flavour is our first ‘when it’s gone it’s gone’ launch. Following the strong success of the Red bull Editions in the past four years, the new variant aims to add excitement to the category and attract both new and existing consumers to purchase.”