FUEL brand Jet is revving up for its fourth year as the official fuel partner of Silverstone Classic, the racing event, which takes place from 28 to 30 July. 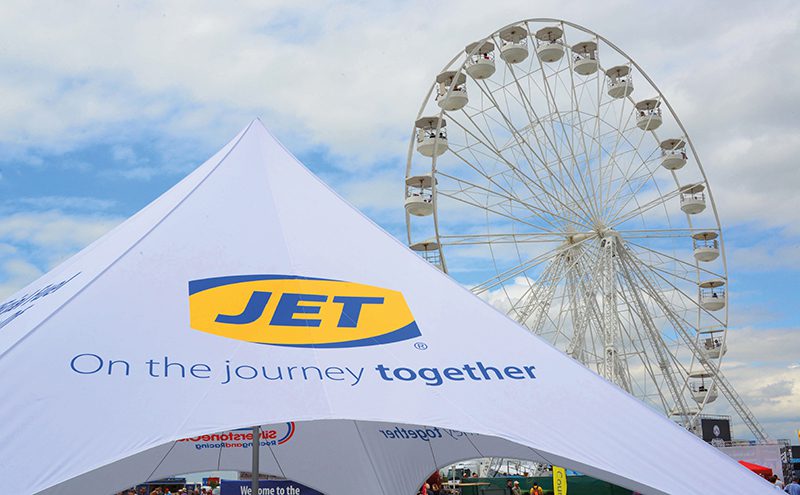 This year will see the return of the Jet Village Green and Fun Fair, offering free activities including virtual racing simulators, rides on the Jet Big Wheel, crazy golf, vintage fairground rides, mini racing simulators for children and a host of food, fun and entertainment.

Jet is also sponsoring the Jet Super Touring Car Trophy races, which will take place on the Saturday and Sunday afternoons. For the first time, these races will have two separate grids: the first for the high-tech super tourers from the 1990s, with the second for the earlier generation Group A saloon racers, featuring a large number of fire-breathing Ford Sierra RS500s.

Visitors to the Jet Village Green will also be able to take part in a special promotion.
Mary Wolf, managing director, UK marketing for Phillips 66, said: “Jet is considered by many to be a classic British brand, so we’re delighted to be the official fuel partner of Silverstone Classic for the fourth year running.

“It’s a great opportunity to raise awareness of the Jet brand among the vast number of car enthusiasts and their families who attend the event each year – last year saw over 100,000 visitors over the three days.

“It’s also an opportunity for us to invite customers from across our entire business to share the excitement of the event and meet up with their industry counterparts.”