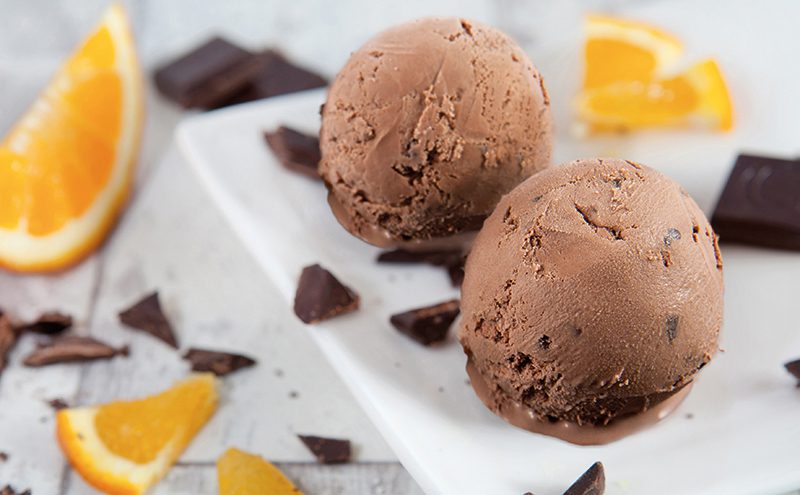 Following its continentally influenced  summer special – Sicilian Lemon Meringue flavour – the Scottish family firm has been influenced by a traditional British Christmas treat and will launch Chocolate Orange Flavour ice cream for autumn and winter. The new ice cream features Mackie’s own Aberdeenshire-made chocolate as a base. Mackie’s has added 35g bars in all its four flavours  – Milk, Dark, Mint and Honeycomb – to its chocolate bar range.