The fast-growing range of free-from foods that’s now available in stores and out-of-home outlets all across the country was in evidence recently at the 2016 FreeFrom Food Awards.
The UK’s only industry awards specifically for free-from food, the event is independent and all products are tasted ‘blind’ by the judges.
The outright winner this year was Nutribix – a gluten, dairy, egg, soya and nut-free Weetabix replacement made from whole grain sorghum.

300 free-from enthusiasts packed the Osler Room at the Royal College of Physicians in Regents Park to watch celebrity chef Antony Worrall Thompson award ‘Marble Mo’, the Oscar of free-from food, to Richard Keir and Richard George, who introduced Nutribix to the UK.
Michelle Berriedale-Johnson, director of the awards, said this had been another year in which the boundaries of free-from had been pushed further.
“There are very few categories now where you cannot find not just a viable, but an excellent, free-from version of the original,” she said.
Antony Worrall Thompson, long-term patron of the awards, added: “Another bumper year for free-from – and great to see it branching out into new areas.
“Dairy free ‘cheese’ for example – for so long your only option was soya, but how about that excellent cashew-based spread from Gozo Deli.
“I’d serve it any day.”
Dozens of products were commended at the ceremony. Among the close runners-up for the top spot were Daura Marzen, Gozo Deli Basil Pesto Casheese and Booja-Booja Hazelnut Chocolate Truffles, which was crowned winner of the chocolate and confectionery category.

David Abbott, managing director at Booja-Booja, said: “To win an award at the FreeFrom Food Awards is a huge achievement and we’re delighted that the judges felt that our Hazelnut Chocolate Truffles were worthy of winning.” 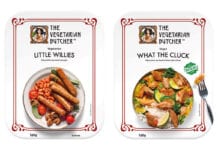 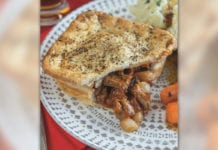 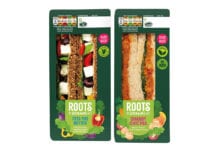